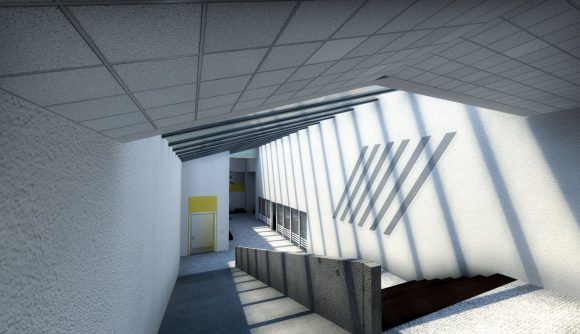 If you’re a Counter-Strike: Global Offensive fan who’s into giving the FPS game’s community creations a whirl, you’ll know the CS:GO modding scene is thriving. Neat fan-made weapon skins and custom maps hit the multiplayer game’s slice of Steam Workshop every day, but the past week or so has seen more than the usual number of impressive goodies.

A new fan-made map by three CS:GO modders – Stefftek.de, アクアAqua, and Cloud – called CS_Bureau is one such treat. It’s a hostage rescue map that takes inspiration from CS:GO’s Office (CS_Office) map and reworks it, giving it a more modern flavour, as well as a bunch of easter eggs and other little titbits. The scenario hinges on a group of suspected terrorists’ infiltration of a fictional marketing company in Germany, who have – as you’d expect – taken hostages.

“Among the hostages is the managing director, for whom a ransom demand is outstanding,” the creators explain. “The hostage-takers have locked themselves in the conference area of the restored office complex. The Federal Police’s GSG9, a specially trained anti-terrorist unit, is tasked with freeing the hostages. Enter the complex. Shooting clearance has been given.” Gulp.

As you can see from images on the mod’s page, the map isn’t a like-for-like replica of the classic Office Counter-Strike map – it’s “only true to the original from the rough layout”, the creators explain, and they had plenty of ideas, so you can expect to see a pretty different spin on the one you might well know. From the pictures, it’s an impressive-looking map, with a sleek modern aesthetic and plenty of corners and cover to sneak around. 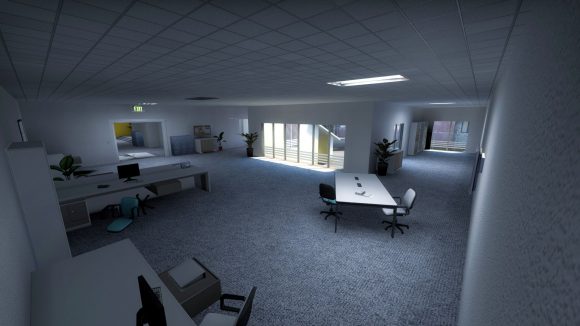 Impressively, Bureau is one of the modders’ first ever CS:GO maps and has taken more than 120 hours’ work to bring it to life so far. Phew!

If you’re keen to give it a whirl yourself, you can find it on the CS:GO Steam Workshop at that link. As ever, mod with caution, and be sure to check out our CS:GO tips and CS:GO smokes guides for some handy pointers.