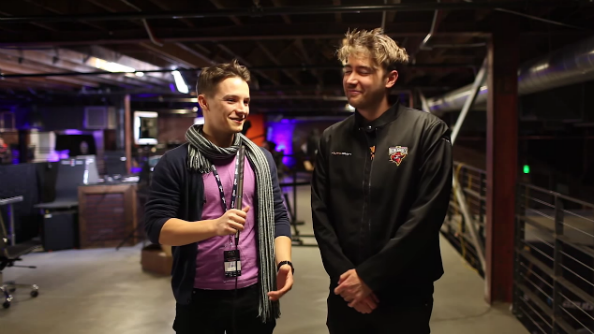 Counter Strike: Global Offensive’s online community, much like most games with strong e-sports followings, has its less than desirable members hiding among the masses of perfectly nice folks. An interview with Australian CS:GO pro Chad ‘SPUNJ’ Burchill shines a light on just how over-the-top reactions in the e-sports scene have become.

For more aim down sights action, see our list of the best PC FPS games.

Burchill, who plays for Renegades, was interviewed by HLTV.org following the team’s impressive first day of play in the RNG Pro Series Championship, saying his team were well aware of their previous poor perfomances thanks to the “hundreds and hundreds and hundreds” of death threats they recieve.

Burchill talked candidly about the state of the scene, which is rife with gambling and betting, that results in “people messaging us on Twitter, like, death threats, saying ‘fuck you for losing all my skins’ and shit.”

Neither the interviewer nor Burchill elaborated on the death threats, and the subject was passed over with a nonchalance that speaks volumes of the absurdity and volatility present in some corners of the community. It’s not that Burchill or his teammates take the comments seriously, in fact they’re quite relaxed about it. “It’s my job, you know, not to cop shit, but I’m in the limelight, I’ve got to expect to cop shit.”