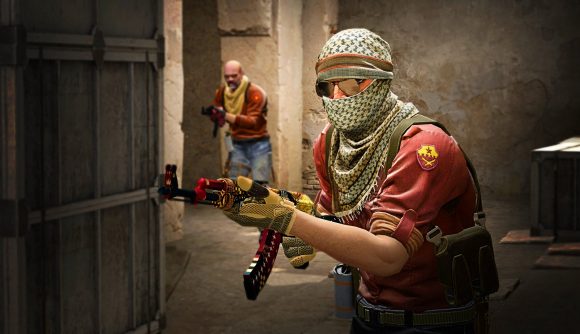 Being a football player – soccer, for our American friends – sounds like quite a stressful gig. Putting the social media pressure to one side, you have to go out and perform multiple times a week in front of huge crowds. For one footballer, though, the thought of playing Counter-Strike: Global Offensive is way more intimidating.

When not turning out for football outfit Real Madrid, Carlos Henrique Casimiro can typically be found improving his aim on CS:GO. Heck, he even owns his own esports team. It’s an enjoyable enough pastime, but the thought of streaming it and messing up stresses Casimiro out. “Without a doubt, people are much closer and when I fail, there are some insults,” he tells Marca (translation via Dexerto). “When I play Counter-Strike, I get a lot more nervous there than playing at the Bernabéu. I feel more pressure with people watching me play videogames live than football.”

Casemiro goes on to explain that there are some similarities between the way he plays football and CS:GO. When playing for Real Madrid, he typically plays as a defensive midfielder, so he’s naturally more comfortable adopting a defensive approach to Valve’s FPS game.

“I’m one of those that if I go in to play, I don’t like to lose,” he explains. “I’ve tried to play like a striker or winger [in CS:GO], and my score has been very low. I know that my position is a defensive midfielder, and I have to help my teammates. What I am in real life, I also am in videogames.”

If you’re looking to study up on the game, our CS:GO tips guide will give you some nifty pointers. If you’re into electronic sports, our sister site The Loadout has an explainer on CS:GO ranks. You’ll be ready to overtake Casemiro in no time at all.