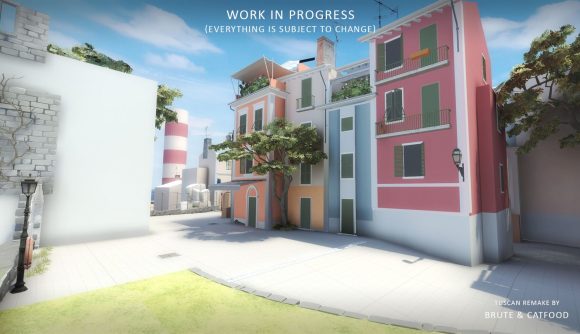 Last year, Counter-Strike: Global Offensive community figure Nors3 revealed that – after years of fan speculation and hope – the classic fan-made Counter-Strike map Tuscan was getting an “official” remake. Crafted by its original creator Colin ‘Brute’ Volrath and popular community map Ruby‘s creator Catfood, the all-new Tuscan is still very much a work-in-progress, and so far we’ve only got a peep at it via a few tweets and a guided walkthrough clip. Now, however, it’s come to the CS:GO Steam Workshop.

Posted by Catfood on Steam Workshop, the new CS:GO version of Tuscan is tagged as ‘WIP’, and from the images included it’s clear there’s still a ways to go before it’ll be a fully polished and complete map. Many of the floor, wall, and object textures aren’t finished just yet – but, enough of the map is in place that we can get a really good idea of what the real deal will be when it arrives.

Compared to the original version – and an older creation from 2015 still available on Steam Workshop – the latest remake is a much brighter map, with pastel-coloured buildings and plenty of sunshine beaming down onto it from a blue sky. It’s aesthetically really appealing, with more intricate stonework walls and buildings this time around.

But, it looks like we’ll still be able to expect the intimate courtyards and narrow alleys that made Tuscan a close-quarters combat kind of a map in Counter-Strike back in the day, going by the walkthrough clip. 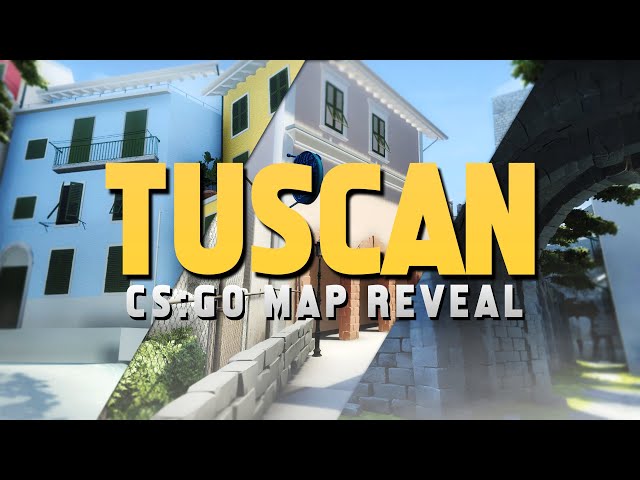 There’s no news on when we can expect the final map to launch on the Steam Workshop, or whether we can expect it to hit the main game one day when it does arrive, but for now fans of the classic Counter-Strike map can rejoice at its (WIP) CS:GO debut.

If you’re keen to check it out for yourself, you can find it at Steam Workshop here, and we have some handy CS:GO tips and CS:GO smokes guides at those links if you’re on the lookout for some pointers.