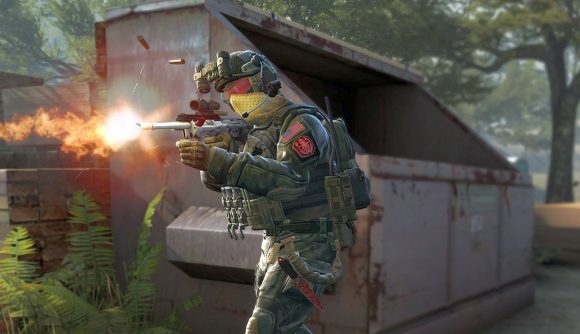 It’s all going on in Counter-Strike: Global Offensive today. Valve has just launched a $1 million ‘Dreams and Nightmares’ art contest that’s looking for ten original, fan-designed weapon skin designs to bring to the game, and we’ve also got a new update, too. This one makes a change to how griefing reports are handled and folds in some tweaks to two of the FPS game’s maps.

“Players that receive unusually high amounts of griefing reports will get a warning, followed by escalating competitive cooldowns,” Valve explains in the latest CS:GO patch notes. It’s not clear exactly how this will play out from the notes themselves, as they don’t go into any more detail than this. However, it looks like fans on Reddit have spotted what the warning players who’ve received high numbers of griefing reports get will say: “You have been receiving significantly more griefing abuse reports than most players. If this continues you will receive a matchmaking cooldown penalty.”

Beyond this change, Pitstop and Mocha have received a fresh batch of adjustments. For the former, there are improvements to the map’s skybox and fog, and a new dev texture and some fixes to various bits and pieces.

Mocha’s list is longer, with several windows now opened up on B site to allow players to lob grenades about more freely. Valve has also changed movement around certain spots, so the wall going from the CT spawn into Middle has been raised to get rid of a boost, and there’s now a new bin in front of T spawn to let players hop on up.

Release Notes for today are up. We’re shipping updates to griefing reports and how those are acted on, Dreams & Nightmare submissions may be tagged on the Workshop, and Pitstop and Mocha have received updates: https://t.co/qnFRvHYPEv

The studio’s also fixed some texture clips and “multiple bomb stuck spots”, and folded in some “minor” optimisation improvements. You can catch the full patch notes on the CS:GO site via that link if you’re keen to check them out.