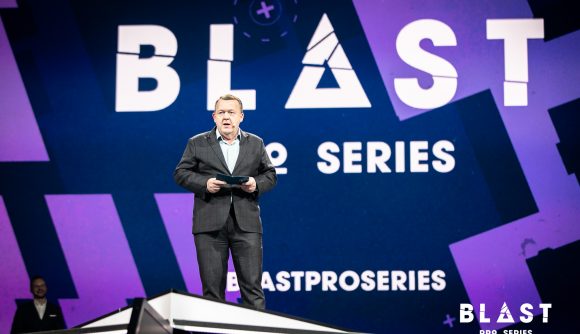 The prime minister of Denmark kicked off the opening of the BLAST Pro Series Counter-Strike: Global Offensive tournament this weekend, congratulating the competitors and calling them “true sportsmen.”

Prime minister Lars Løkke Rasmussen spoke to the Counter-Strike players before a capacity crowd of 12,000 gathered at Copenhagen’s Royal Arena, and he made his regard for esports athletes clear in no uncertain terms.

“You have been training for years and years to be where you are. And along the way, you have probably had to explain yourselves more than once, convincing people that you were not wasting your time,” Rasmussen said. “But now I hope your explaining days are over, because you are sportsmen. You are truly sportsmen following your dreams, and using your talents.”

“You are e-gaming pioneers,” he said, as the crowd cheered.

The prime minister acknowledged that he didn’t know much about Counter-Strike or the game’s particular vernacular, but he said Counter-Strike is a unifying force.

“It’s also an including world that brings people together, across countries, continents, and origins,” Rasmussen said. “In this way, you are an inspiration for the world of tomorrow.”

The next tournament in the series will take place in Lisbon, Portugal December 14-15.