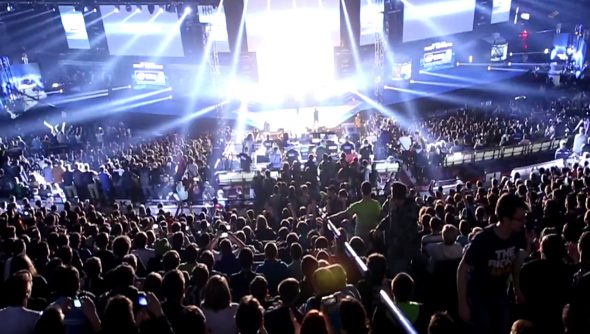 It seems like there’s never not a time when a massive eSports tournament is gearing up, and the theme is almost always scale. Each tournament promises to be bigger than the last; bigger crowds, more spectacle, larger arenas.

In August, this year, ESL will host “the world’s largest” Counter-Strike: Global Offensive tournament. ESL One Cologne will be held in the LAXNESS arena, normally home to ice hockey team Kölner Haie. It’s the biggest indoor arena in Germany, with a capacity of 15,000.

“We had the honour of hosting two US$250,000 Counter-Strike: Global Offensive tournaments last year as part of the ESL One esports tour, and this year we plan on stepping it up,” said Ulrich Schulze, managing director of Pro Gaming at ESL. “ESL One Cologne is going to be the largest Counter-Strike: Global Offensive event in the world. Taking place in the biggest indoor arena in Germany, we’re sure it’ll be a massive hit for fans from all over.”

ESL One Cologne will have, like ESL’s other CS:GO tournaments, a prize pool of $250,000, but this time it won’t be raised by the community. Schulze says that this shows the company’s dedication to the tournament, and that this year will see ESL do more with the game than ever before.

Tickets for the 16-team tournament will go on sale on February 23rd, with the competition running between August 22nd and 23rd.