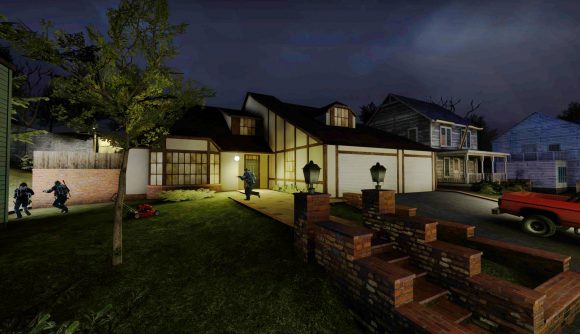 Halloween is the spookiest time of the year, but Counter-Strike: Global Offensive fans are in for a treat. As well as being a highly competitive esport, CS:GO has a huge community dedicated to making custom maps for the first-person shooter, and one custom map maker has gone all in for the witching season.

Steam user Nipper has lovingly recreated some recognisable Halloween houses for their “trick or treat” map, designed explicitly to scare the bejeezus out of any players who might, for some reason, be expecting a regular game. Streets are littered with abandoned cars and empty coffins, and the visage of Friday 13th’s cult killer Jason Voorhees adorns the walls of one particular house.

However, for the faint of heart, there are also plenty of jolly-looking pumpkins and witches plastered around the creepy village. We think we’ve managed to figure out a few of the recognisable houses – there seems to be one with an Amityville vibe, and possibly a Psycho-inspired creation. However, we’re still trying to work out exactly what film each house is from – can you do any better?

Players will have to face their fears in order to rescue hostages or take out their opponents in Nipper’s spooky map, but reportedly could be in for a surprise if they ring any doorbells… We might not take the risk. The creator certainly achieved their goal of a “dark and spooky” hostage rescue map, and fans of the genre have warmly received their evil offering. 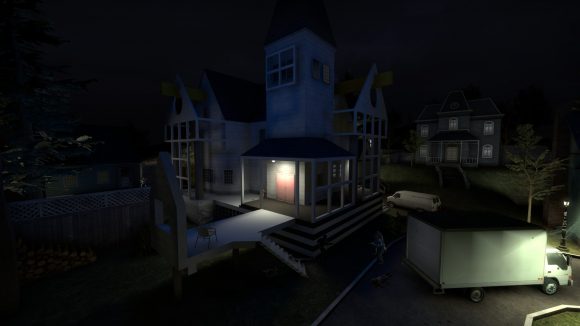 The Halloween map currently stands at a perfect five-star rating based on nearly 400 reviews posted so far. If you want to really get into the Halloween spirit with your gaming – but crucially don’t fancy playing a horror game (we don’t blame you) – perhaps this CS:GO map might be the perfect balance. Or, we have a rundown of the best Halloween games on PC if you’re looking for some other spooky treats.