Lauren ‘Pansy’ Scott is one of ESL’s stable of Counter-Strike: Global Offensive casters. Having been in the business long before the game arrived, and seen the player side of competitive gaming too, she is a unique voice in the community.

Are shooters like CS:GO your thing? Hunt for more in our list of the PC’s top FPS games.

When that voice isn’t commentating CS:GO events such as the recently concluded ESL One Cologne Major, Pansy has a voracious appetite for first-person shooters. Sometimes that appetite manifests itself professionally, as a caster on other titles such as Dirty Bomb. Elsewhere it’s sated by rounds of Overwatch with old friends bringing back memories of competing on LAN in her teens. We caught up with Ms Scott once the confetti from SK Gaming’s monumental second Major victory had cleared to find out what life is like behind the headphones.

“Cologne as ever is an incredible experience,” says Pansy. “Being back at the event that changed the face of it for me. We did some pretty big events before at Katowice, but Cologne stepped it up.”

“I’m generally quite lucky. Sometimes I don’t get the games that are meant to be really good on paper, but they turned out to be quite one-sided or exciting. And for some reason I got really good games – the quarter-finals I got to do were really interesting.”

The quarter-finals pitted Astralis against Virtus.Pro, with the Danish Astralis without two of their key players – one due to a roster violation and the other, Peter ‘Dupreeh’ Rothman, rushed to hospital before the group stages with acute appendicitis. 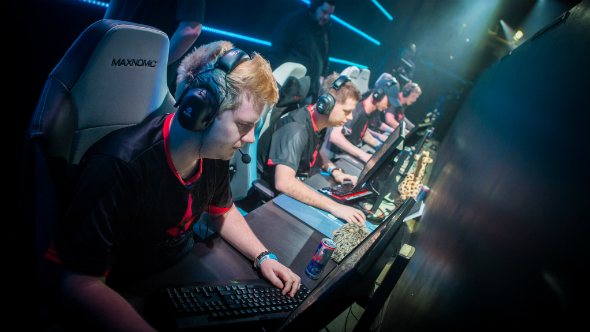 “He’s recovered now, he’s getting much better, but obviously a very weakened Astralis against a team of VP that looked deadly, it was a really cool storyline,” Pansy says. “I spoke to Dupreeh after the game and he said he had to watch from his phone, and that he had cried like a baby when they made it that far. It meant the world to him and they are a genuinely very nice team. That really did hit home for them.”

As a caster, Pansy’s viewpoint describes a much more intimate competitive scene than the one reflected by the massive stadium crowds. The sense of eSports’ remarkable rise in the few years since most of these players competed in each others’ lounges is still felt.

“Every single moment, you know how much it means to these players,” she says. “I have the [good] fortune of seeing what happens when they walk off the stage and when it all actually hits them, that’s a different side. I remember seeing Get_Right [Christopher Alesund, Ninjas in Pyjamas] after he won one of the ESL One Colognes a long time ago. I remember him walking off stage shaking, tears. It means a lot to these guys. So seeing these guys fight hard getting that far is always exciting to watch.” 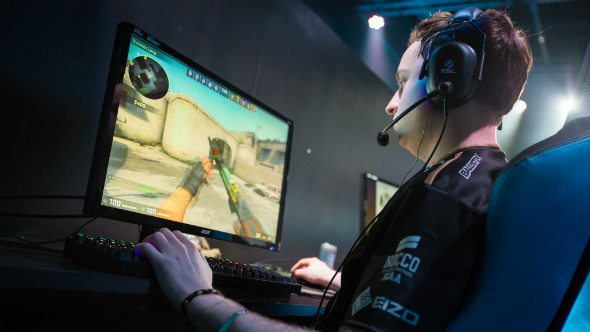 Pansy herself comes from the participant side of the equation, too. Having started gaming early, tag-teaming Doom with her dad on Sundays (“when I got too scared he’d take over and when the level was too hard I’d step back in”) she found her way into Wolfenstein: Enemy Territory during a long summer holiday.

“So I played that for a while and got marginally competitive,” she says. “I went to my first event at, I think I was either 14 or 15. I don’t know why my mum thought it was a good idea, to send me to Holland on my own with a bunch of gamers, but she was fine with that and I went over there and had a great time.”

Stuart ‘Tosspot’ Saw, now regional director for eSport strategy at Twitch, was also at that LAN as a caster and owner of the event, and encouraged a young Pansy to pursue competitive gaming in what was meant to be the Next Big Thing: Call of Duty 4 ProMod. Sadly, companies were not quite enlightened to the benefits of eSports then as they are now.

“ESL and Activision will not want me to say any of the below, but this is the thing: I loved that game,” Pansy says. “That was the game that first really got me hooked into going to LANs, going to events, sitting down for hours doing anti-strats, and Activision were nowhere to be found at that time. They had – not the perfect competitive game – but they had an incredibly healthy, very robust and brilliant scene that was completely ignored by the developer.

“The amount of times we tried to get Activision involved in these events, saying ‘Guys come on, just anything, please! It would be great!’ but they wanted absolutely none of it. So if at the time Call of Duty, ProMod that is, had Twitch TV where it is now, had the infrastructure, had developers actually supporting the competitive aspect of it, it would have been a massively different environment.” 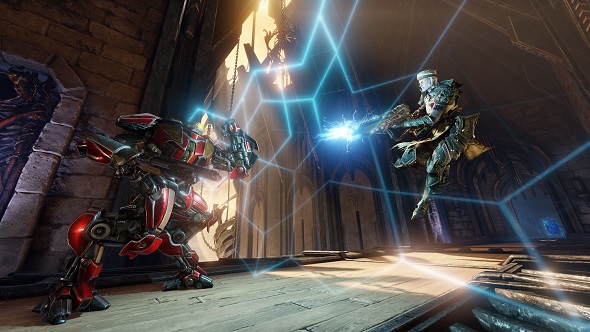 Of course, Activision may have a chance to set history straight with the CoD4 remaster that’s set to release later this year, but Pansy says she’s heard nothing about the ProMod developers being involved. There’s also the small matter of many more eSports titles currently around, and competition from other beloved competitive games making their own returns. But can older IPs make waves in the competitive scene anymore?

“That’s the question isn’t it: does it actually hold up?,” Pansy says. “I loved Quake, I grew up playing a bit of it… And I saw the Quake Champions trailer, it looked exciting, but for me Quake wasn’t all about the trailers, it’s about the feel and the tactile response. You have one of the most hardcore audiences in that game, these guys will rip it to pieces if it’s not what it should be. So when id Software make these games they’ve got a tough crowd to break into, it better be ready for the community because they’ve been let down before and they’re probably just as ready to tear them down again.”

Pansy’s career, and recreational gaming habit, are very much attached to the era when id software were rockstars, and kingmakers. Their collaboration with Splash Damage on Wolfenstein Enemy Territory was, as she says, formative for her gaming tastes, friendships and professional wellbeing. Now, years on, she commentates not only CS:GO, but also Splash Damage’s class-based shooter Dirty Bomb, which has a small but fierce competitive scene throughout Europe, though the shadow of something larger looms.

“I think caster-wise, Overwatch will develop its own champions,” she says. “Down the line people will see who they like from the community – who actually likes the game rather than the casting paycheck behind it, right? I didn’t want to fall into [that] trap.

“I wanted to give it time, personally, because one of my favourite games of all time was Enemy Territory, and it’s very much along the same vein as that. So I was a little hesitant, and the reason I started to really enjoy it in the past couple of weeks was the fact I’m playing with players I’ve known for almost seven to ten years now, from ET.”

Hendrik-William ‘Vallutaja’ Kinks, formerly Reload, and Jānis ‘Clown’ Zagrebins were two of the biggest names in Wolfenstein: Enemy Territory during its tenure. Now, with both finding their way onto European sides in the burgeoning Overwatch competitive scene, there’s an added incentive for Pansy to get involved. 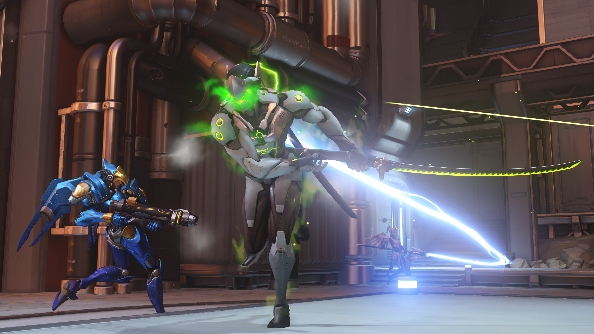 “For me, I sit there being the fan I was when I was about 14 or 15 watching these guys play. If I have maybe an opportunity to cast that?! I’d love to cast it,” she says. “A lot of people see Blizzard and they see a great deal of opportunity and money – let’s be honest about it – and I don’t want to step on people’s toes but I also want people to get into casting Overwatch for the right reasons. For me at least, as someone enjoying the game and loving the players as a fan, I want to make sure I’m doing it for the right reasons instead of looking at some really good money if a BlizzCon comes around.”

Money, though no-one likes to admit it, is still the lifeblood of eSports. Passion got it started, but the corporate machine keeps it rolling now, and many have lamented that this shift has taken the scene away from its roots. As sponsors become involved, images have to be kept clean, names un-besmirched – all of the things that come with the territory of representing a company in return for maintenance costs.

Along with these changes is a massively growing audience, and as well as increasing in size it’s broadening. NewZoo’s last market report on the industry estimated more than 30% of viewers are female, though player representation on major teams still hovers around 0%. Initiatives to promote diversity onstage as well as off have been set up by companies involved in eSports such as Intel’s AnyKey campaign, but as someone who came through the scene at its smallest window, would Pansy have appreciated them at the time? 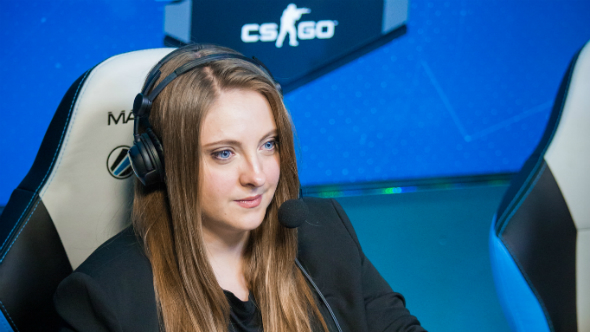 “It’s weird, because I think at the time I probably wouldn’t,” she admits. “I’d have loved the idea that the scene would get money, exposure and sponsorship, so that to me seems great. Would I have wanted it because I was female? Probably not. I don’t like the idea of it being the sole reason, I’d prefer it because they want to support the scene itself, but that’s not always practical and it doesn’t work for a marketing audience. So being practical, which probably 15-year-old me wasn’t, yeah, I think I would support it and it would have certainly benefitted the scene I was in.”

Schools of thought on the subject ricochet between gender segregation for the purposes of role models or comfort and safety, and accusations of unmeritocratic competition. All-female teams have more recently earned sponsorship from larger organisations, but at the time of playing they were at odds with Pansy’s ambitions.

“I played on one female team through my entire history and I hated it. It was not great fun,” she says. “We went to a LAN and we got grouped [didn’t make it out of group stages], and I was livid. I was absolutely gutted and embarrassed and I hated it, so I went back and said we need to watch over these demos, try and double up on practice time, I don’t want to mess this up again. 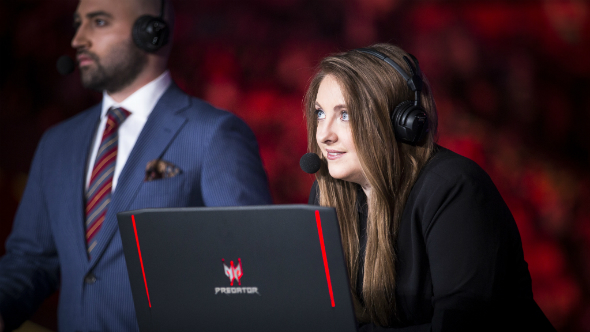 “Some of the other girls didn’t share that sentiment and it erupted into an awkward, awkward state, so I left and joined the main team from the same organisation where we went on to place at a couple of LANs, top three a few times, and did much better. So I think at the time I had a point to prove, which was ‘I can play as well as the guys’. I think any money would have benefitted but I don’t know if I’d have liked it being purely because I was a girl.”

While perhaps positive affirmation doesn’t work at the higher skill levels, Pansy does believe that there is a place for welcoming people to eSports at the grassroots level.

“The process of getting into it varies, of course, because maybe you do want to encourage more grassroots female players to come through and feel like they actually can play in these events and not be completely isolated or mocked for it,” she says. “So sure, help people get there at the start, but they have to make their own way if they want to get good. That’s why eSports is what it is to me. You don’t get to the finals unless you worked incredibly hard so anyone who gets there deserves that respect, they’ve already earned it.”