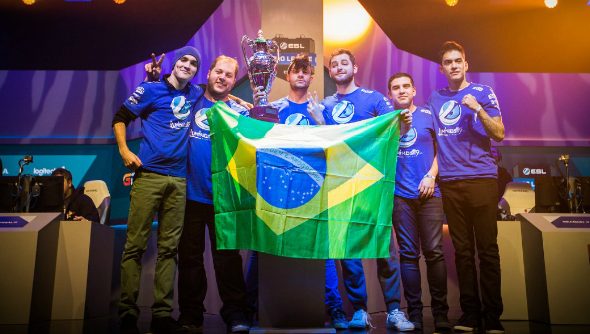 SK Gaming and Luminosity Gaming have settled a contract dispute over the current world champion CS:GO team as players will transfer to SK from July 1.

Have a look at thebest FPS games on PCto find your change at esports glory.

The dispute, which has been ongoing for several months since LG became the MLG Columbus Major champions, began when captain Gabriel “FalleN” Toledo entered into discussions with SK before backing out.

After signing contracts, but deciding to renege on the agreement, a bitter legal battle loomed over Luminosity while the current contract set to end on July 1 was still in effect.

SK released their Danish squad earlier this week, suggesting the deal had been finalised, which isnow confirmed by the organisation and players themselves.

Luminosity are currently competing in the ECS finals at Wembley in London, where they will play under the North American organisation’s banner for the final time.

“We had a good time playing for LG in the last year,” said FalleN. “Both the players and the organization grew a lot and have been working hard to make possible what we achieved during that time and we built a remarkable history together.”

However FalleN accepts responsibility for the confusion and difficulty he put his team and both organisations through for the duration of the negotiations.

“I personally did many mistakes during this transition,” he said. “I let emotions take part on business decisions and that is something I regret and surely will take as a learning experience to the rest of my life.”