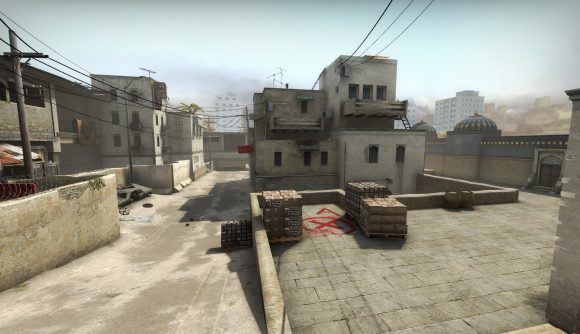 Chaos Esports Club, the esports organisation part-owned by rappers Pusha T and Logic, withdrew from a Counter-Strike: Global Offensive match this week to highlight ongoing protests against police brutality in the United States.

Chaos Esports was scheduled to be facing Team Liquid in the ESL One Cologne 2020 tournament on Thursday, August 27, but instead backed out in solidarity with protesters who are standing against racial inequality and unfair policing. The announcement was made via an Instragram post from Pusha T, in which he briefly explains the decision.

“Now is not the time for games. We are mad. We are exhausted. We know that gaming is part of the problem,” Pusha’s post reads. “We will not be competing in today’s ESL One Cologne 2020 match against Team Liquid in order to do our part to move the light where it belongs – on the protests against this country’s continued systemic racism and police brutality.” The match was rescheduled and took place the following day, Friday, August 28. In a follow-up post, Pusha T stated Creme, his boutique clothing store in Philadelphia, will be closed until August 31, with a list of victims of violent policing and the words “Be the change”.

Protests and demonstrations have been happening in the US, and around the world, for the last several months as part of the Black Lives Matter movement in response to the killing of George Floyd at the hands of police officers in May. Efforts have been renewed the last week due to an incident in which Jacob Blake was shot by officers four times in the back, leaving him paralysed.

Many games companies have responded to the increased scrutiny on racism. Infinity Ward has been making efforts to stop bigoted names in Call of Duty: Modern Warfare, Valve is working to stop racist bots in Team Fortress 2, EA Sports has pledged to reduce the amount of bigotry and toxic behaviour in the online portions of its sports games, and the confederate flag has been banned from the Forza series.