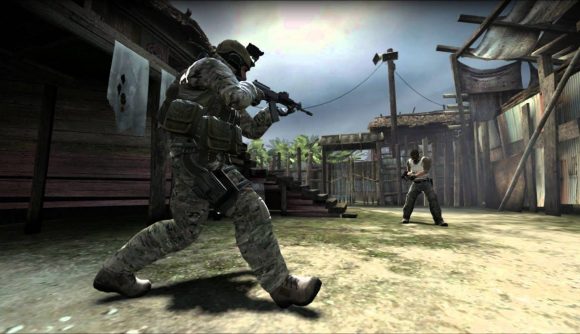 One of Counter-Strike: Global Offensive‘s peskiest issues is report botting, and Valve may have just gotten rid of it. While a developer at the FPS game’s studio revealed a couple of years ago the problem had been worked out (at that time) it seems to have recurred as an issue since then – but has now been taken care of again.

Valve developer John McDonald has posted a brief tweet announcing: “RIP report botting.” In a follow-up tweet replying to another user asking if it’s gone for good this time, McDonald adds: “With adversarial problems, it is impossible to say ‘This will be fixed forever’. It’s probable bad actors will figure out how to bad act again in the future. It’s an ever-escalating battle”. So, while it sounds like there’s a chance the issue could return to the game at some point, it’s been solved for the time being.

Around two years ago, the dev posted on the CS:GO subreddit that “Report bots do not work”, explaining he “personally did the work” to prevent them a year prior to the post.

“To clarify a bit,” he added in the 2018 post, “there was a time where report bots did work. They were causing a significant decrease in conviction rates for OW [Overwatch], so I did the work to prevent them from working any more. This work does not indicate failure to the report bot. I don’t believe there is a feasible workaround for report bots to suddenly work, and last I checked (about a month ago), I didn’t see any instances of cases in OW coming in from anything that looked like a report bot or report bot network.”

As explained in an article shown around the 1:57 mark in a recent clip posted by CS:GO YouTuber Sparkles here, report bots are a method of mass-reporting players in matchmaking games, in order to get them put into Overwatch, CS:GO’s community-based regulation system, and potentially even banned.

With adversarial problems, it is impossible to say “this will be fixed forever.” It’s probable bad actors will figure out how to bad act again in the future.

It’s not clear to what extent report botting had become a problem in Counter-Strike again, but it sounds like it’s now been worked out. We’ve reached out to Valve for comment on this and will update the story with any new information.