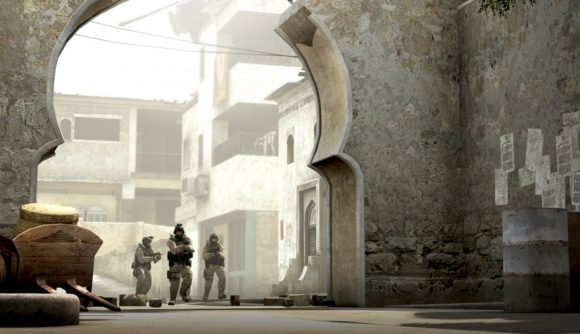 A new world-ranking system for Counter-Strike: Global Offensive will let players take more time off. The system, designed by the Counter-Strike Professional Players’ Association, takes the emphasis off needing to attend every event in order for pros to hold onto their current fixture, as well as improving the overall environment of top-level play.

Reported by our friends The Loadout, the CSPPA World Ranking is designed by the association and over 30 CS:GO player representatives and consultants. The overhauled leaderboard for the multiplayer game is based around three key areas: creating a more sustainable work-life for pros, increased simplicity and transparency, and greater inclusivity and diversity.

On that first point, players will now have their ranking protected from absence-related penalties due to mental health issues, injury, or illness. Individual matches won’t contribute to their placing either, nor will events that aren’t part of the CSPPA World Ranking remit. Rankings are to be decided from tournaments spanning a longer period, too, meaning that a mid-season dip isn’t the be all, end all of an otherwise strong run. “I think that rankings need to consider our mental health, and that a protected ranking is a really good change to the scene,” Markus ‘Kjaerbye’ Kjærbye, a member of FaZe Clan’s CS:GO team, said. “It’s important to protect the teams and not put extra pressure on the person who is injured or having mental health problems.”

According to the CSPPA, many of the existing ranking systems lack clear, concise rules and criteria for the FPS game. An accompanying Ranking Rulebook is publicly available for CSPPA’s framework that’ll be updated by a committee, with changes publicly disclosed. The association invites any third-parties within the Counter-Strike: Global Offensive community to provide input if they so desire.

The CSPPA proudly presents a first edition of the CSPPA World Ranking based on inputs from 30 player representatives and CS:GO stakeholders.

The leaderboard is effective immediately. The CSPPA’s move comes as the sniper game continues to grow, setting new player-count records on the regular. If you’re not entirely up to date, we have a guide on all the latest changes in Counter-Strike: Global Offensive, as well as the ranks explained, and all the CS:GO tips you need to know.