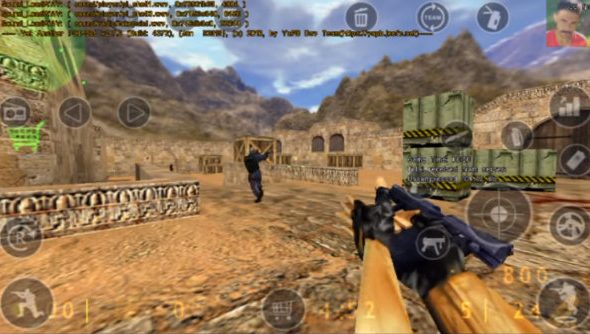 If you’ve ever played Counter-Strike 1.6 on your lovely crisp monitor and thought ‘you know, this could do with a much smaller display and more furniture on-screen than in Ikea’, today is your lucky day.

You could play through our list of PC’s best FPS games instead, you know.

Someone has managed to find a way of getting the full Counter-Strike 1.6 running on Android phones which, while ridiculous, is very impressive. You can play online on the proper servers and everything.

The screen is an absolute mess of icons and inputs, but you could get a bluetooth gamepad hooked up and play that way if you wanted. You will need to actually own Counter-Strike 1.6 on Steam to play it, of course.

The craziest thing is, this is the work of one person,Alibek Omarov, who has released details on how to get the shooter up and running on your phone via GitHub.

Here’s a video of it in action: