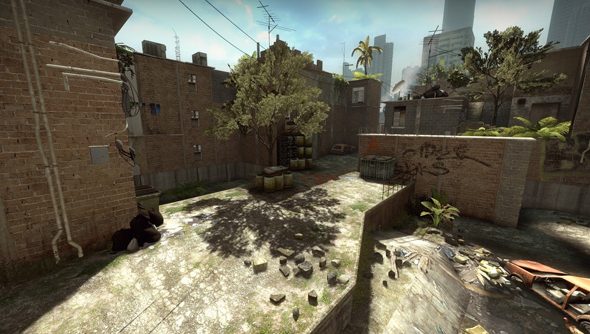 Valve are working on Counter-Strike: Global Offensive’s next operation, which you can expect will be as eventful as Diretide, if not quite as lucrative as The International prize pool. But they’re not done, so in the meantime they’ve allowed Operation Phoenix to be reborn in a plume of flame and upgradeable coins.

Operation Phoenix was so named because it pulled together the best maps from the previous two Counter-Strike operations, as voted by the Global Offensive community.

Those maps are Cache, Motel, Seaside, Downtown, Thunder, Ali, Favela, and Agency – and in a move familiar to veterans of the TF2 or Dota Steam Workshops, all of their authors have enjoyed a portion of the pass profits. It’s been having a real impact on their lives.

Previous operations have run for about three months, and Phoenix was originally intended to wrap up yesterday, June 4. But Valve say it’ll continue to run “for a bit” as they “work toward the next operation”.

“We’ll have more information as we get closer to that event, so stay tuned,” the developers wrote.

CS players will now have a little extra time to upgrade their Phoenix challenge coins, which grow via playtime and wins. Is that something you’ve been working on?