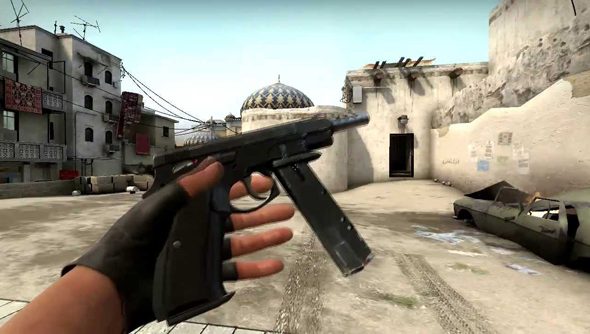 The advances made by the new kings of eSports have begun to make life more interesting for its oldest hand, Counter-Strike. The success of Dota 2’s International compendium meant the introduction of eSports weapons collections to CS:GO in August, and saw the CS community fund one of the largest cash prize’s in the game’s history for DreamHack Winter.

fnatic took the big cat’s share of the $250,000 prize pool after a 2-1 victory over Ninjas in Pyjamas yesterday.

fnatic last faced NiP at DreamHack Bucharest two years ago, and won there too. But this tournament was never a done deal – despite new captain Markus ‘pronax’ Wallsten’s success in the pistol round, yesterday’s opening exchange saw NiP build up a double-digit lead.

Eventually, however, Wallsten’s leadership yielded the results that had brought fnatic to the finals. He followed up another aced pistol round with a master feint, luring NiP to one bombsite while his team pushed for a second. Minor communication problems among NiP and a couple of risky purchases during set-up were enough to hand a series of subsequent rounds to fnatic, and Wallsten’s team pulled off a dramatic 16-14 comeback – arguably the tournament’s best.

fnatic took an early lead on the tournament’s final map, de_train, and even a technical hiccup couldn’t provide NiP with enough time to collect their wits and board the comeback carriage.

The Ninjas will be okay, though. They’re still the only pro CS team to have a franchised burger named after them: the McNiP.

Did you spot any of the sport going on this weekend? Remember: you can rewatch the final via the DreamHack tab in CS:GO’s newly improved Watch menu.

Thanks to HLTV for their comprehensive coverage.