The perpetual war on terror continues, but at least now the shellshocked residents of de_dust can finally get some sleep. A year on from Global Offensive’s release, Valve have decided to reintroduce silenced weaponry to the series.

CS:GO’s dev team tweeted a picture of a silenced machine gun, with more details to follow: 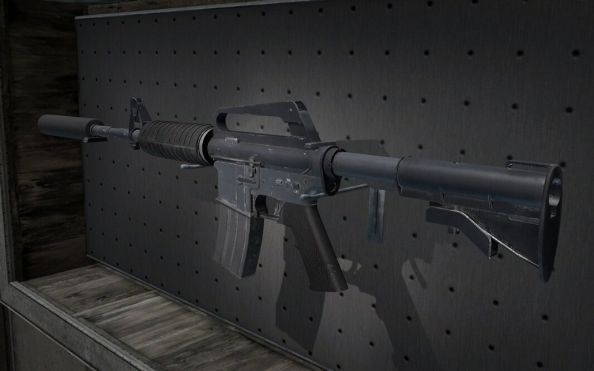 As you can see, it possesses the fuzzy nozzle-warmer that typically denotes a ‘pew, pew’ gun rather than a ‘bang, bang’ one. And here’s a tweet from the team dated July 18, which now seems positively saturated with meaning:

We’re suppressing this week’s update. We’ll be going silent for a few weeks as we work toward the next update for CS:GO. Stay tuned!

While the original Counter-Strike and its Source update both featured silencers for particular weapons, all of the offending firearms were replaced with noisier counterparts for Global Offensive.

Back in November, theCS dev team told ESWC finaliststhat the silencers were first removed because they lent CTs a slight unfair advantage – but promised they’d be reintroduced once balancing issues were ironed out.

Are you glad to see (if not hear) them back?