Five years ago, when Héline Mardelle was 17, she wanted to become a writer. “I started to imagine a novel, but I felt extremely lonely during my long writing sessions,” she says. “Writing is a very studious and solitary process and I became afraid of cutting myself off from the rest of the world.”

The search for something else led to game development – a medium not only more open to collaboration and contact with others, but a means of catharsis for the depression she’d suffered as a teenager. Country Home is a life sim and “shelter game” – a little warm place for everyone who feels sad or just wants to escape.

“Before high school, I was a happy child and had a lot of great times in the countryside,” Mardelle says. “Like many kids, I was innocent, curious, and full of energy. I lost a lot of that during my adolescence and I’m very nostalgic for those days. I would like to bring some of that innocence and energy to the game. I really hope that people will feel safe and comfortable when they play it.”

Mardelle was inspired by the vibes of Animal Crossing and Pokemon; games about nature, people, and creativity. And she looked to Stardew Valley not just for mechanical pointers, but for confirmation that a solo developer could write, draw, and play their way to connecting with others. 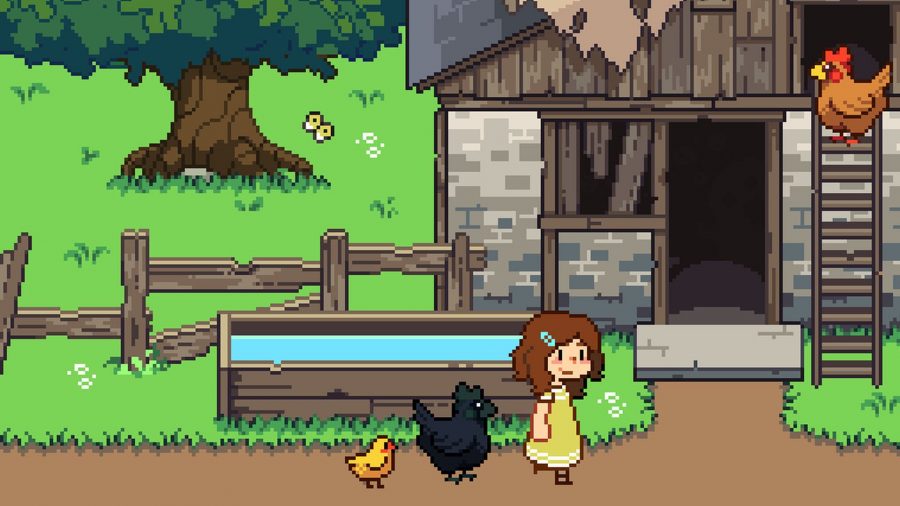 Stardew Valley’s influence on Country Home was, initially, much more pronounced. A desire for tools that non-programmers could use had led Mardelle to RPG Maker and pixel art. But she quickly became frustrated.

The way I feel things, as a creator, needs a 3D world to be voiced

“The top-down style was a pain,” Mardelle says. “It didn’t suit my desire to make a very immersive experience. The worst, for me, was being unable to make distant landscapes and not seeing the sky. The way I feel things, as a creator, needs a 3D world to be voiced.”

The change meant embracing Unreal Engine 4, as well as Blender, the tool for 3D modelling. Mardelle has made steady progress by using Blueprint, the engine’s visual scripting tool designed to be accessible to all. 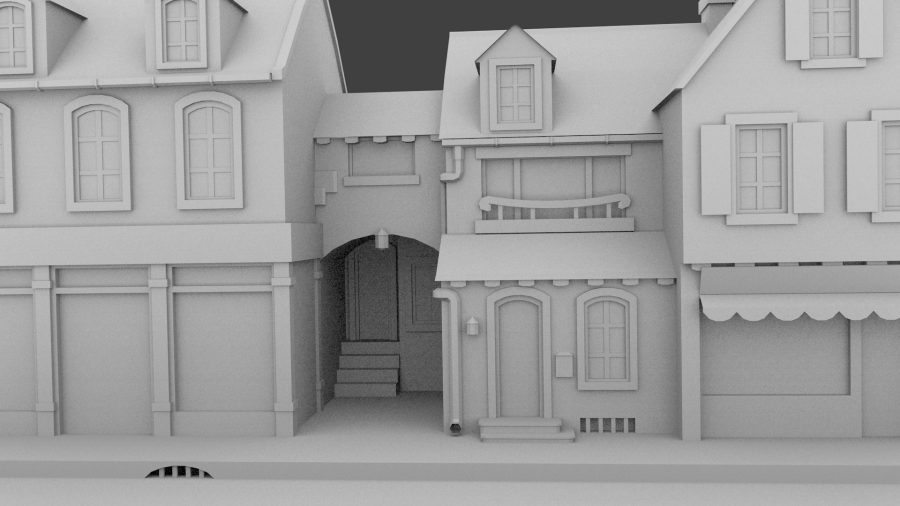 “However, I’m aware that it’s only the beginning of the journey and that I’ll face a lot of new challenges of all kinds,” she says. “That’s why I hope I’ll be able to find the right people to overcome them.”

One person she’s already found is veteran producer Raphaël Gervaise, who worked on the engine and tools of Elite Dangerous at Frontier Developments. “Thanks to him,” Mardelle says, “I now approach the development of the game in a very professional way.”

Her next collaboration will be with a programmer who can help turn Country Home’s early progress into a vertical slice, in which all of the game’s eventual elements will be visible and working.

Watch Country Home’s mood trailer and it becomes clear why Mardelle was loath to lose those landscapes – the painterly backdrops are the game’s most immediately distinctive feature, rendering 3D hedgerows, fields, and copses in attractive splodges of colour you can scarce believe are interactive.

Can’t wait? Dive into the most relaxing games on PC right now

Bringing them into being has been long-winded work so far, involving a liberal application of watercolour textures from Krita, the digital painting program, as well as plenty of post-process fiddling to get the cel shading and outlines just right. For the finishing touch, Unreal Engine 4’s particle effect tools have provided enough visual noise in the air to suggest pollen, dust, and small insects. While the results are beautiful, Mardelle plans to experiment in Substance Painter to see if her workflow can be accelerated a little.

Economy and expediency in environmental design can be tricky when you’re heavily influenced by Studio Ghibli – the movie studio responsible for the most astonishingly detailed countryside scenes in animation. 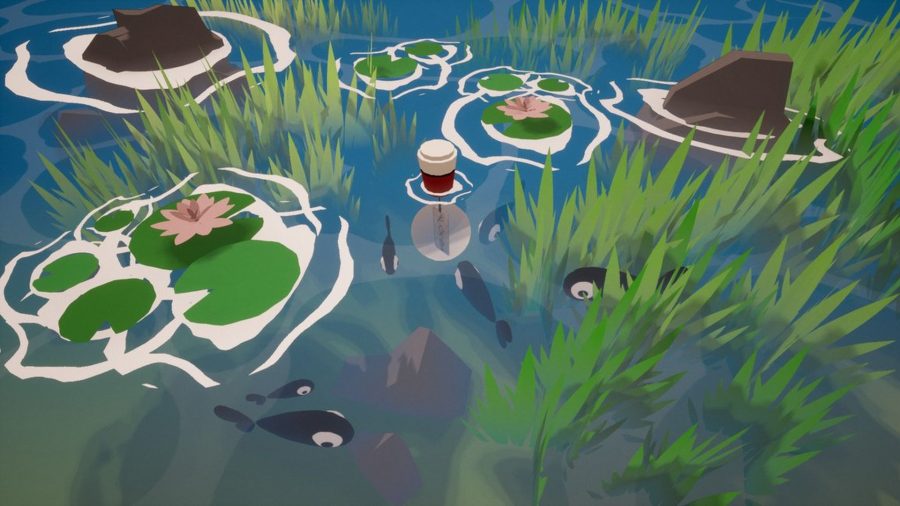 “One of the first movies I saw was My Neighbour Totoro, and the Ghibli universe has become very important to me,” Mardelle says. “All of its movies are subtle, beautiful, and very emotional. Nature is ubiquitous in all of them, portrayed as a marvellous, antique living world. I also really like the colourful European cities of Howl’s Moving Castle and Kiki’s Delivery Service. I try to take inspiration from all of that, aesthetically and philosophically.”

Mardelle wears her influences from fiction and games proudly. But the deeper into developing Country Home she gets, the more directly her own childhood in the French countryside comes to the fore. Her family home features in one of the background landscapes, and she’s toying with the idea of making it a house you can purchase in the game.

In this sponsored series, we’re looking at how game developers are taking advantage of Unreal Engine 4 to create a new generation of PC games. With thanks to Epic Games and Héline Mardelle.