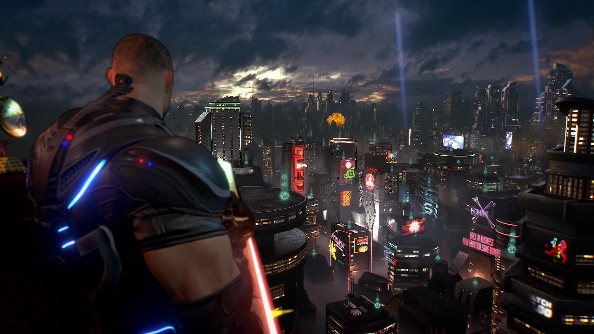 If you tuned into Microsoft’s E3 show in hope of seeing Crackdown 3, you’ll have come out the other side of it feeling disappointed. The game got no mention at all, and certainly no gameplay demo that you may have hoped for. That’s unexpected, especially since the game was supposed to be out this summer. Well, turns out it’s been delayed until 2017.

The Crackdown 3 dev team decided not to produce a demo for E3, but did offer an announcement that the game will release now in 2017 in order to allow more development time, and will launch as a Play Anywhere game (the branding for games that you buy once, and play on either Windows 10 PCs or Xbox One).

“Crackdown 3 is a game built for the future with a multiplayer experience that will redefine what it feels like to play games, and as we continue to work on this, it has become clear that our original timeline of delivering multiplayer to fans this summer, while maintaining the size, scope and quality of the game, would be challenging,” said creative director Dave Jones on the Crackdown website.

“Our top priority is to give gamers an experience they have never seen before at a scale never thought possible, and sticking to our original timeline would have compromised that goal.

“We know that many are looking forward to becoming Agents in Crackdown 3 and we are committed to delivering the best experience in 2017. This decision was made with our fans and their gaming experience in mind.”

A decent multiplayer game would perhaps have been welcome to get us through June, July, and August, but let’s face it: Overwatch caters to all those needs. And with an astonishingly packed final few months, 2016 really doesn’t need another big name. Perhaps Crackdown 3 will actually benefit from its delay into a less crowded 2017.