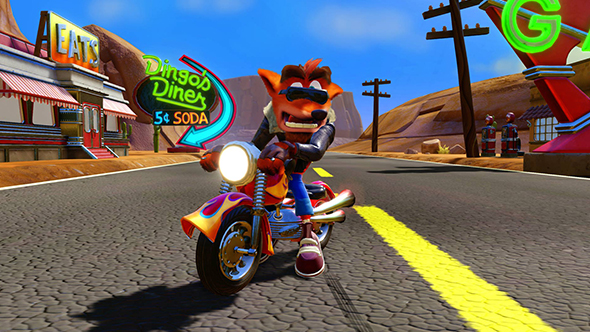 Dream of a few more remakes of the best old games on PC.

The announcement was made on Twitter on the official Crash Bandicoot account. The new date will see it hit PC, Xbox One and Nintendo Switch exactly one year after the remastered trilogy’s PS4 release, which came out June 30, 2017.

Crash has defeated N. Tropy and is giving fans the gift of time! The N. Sane Trilogy is launching on new platforms early — June 29, 2018! pic.twitter.com/cbMtgUGBmM

The rumours are confirmed after all, and the Crash Bandicoot N. Sane Trilogy is no longer a PlayStation 4 exclusive. A multiplatform release was confirmed as part of today’s Nintendo Direct event, and a new press release has confirmed the game will be coming to PC.

The remastered trilogy hits Steam on July 10, alongside Xbox One and Switch versions. Every edition appears to have the same features as the PS4 version, including visuals built for resolutions up to 4K. Early retail listings suggest the price will be $39.99.

Original story, February 6:The Crash Bandicoot N. Sane Trilogy was both an excellent set of remakes and a massive hit on PlayStation 4, so it should be no surprise that Activision have plans to bring more Crash to more platforms and start furthering the adventures of the bandicoot. What is surprising is the unlikely source by which we’re hearing about those games.

In a new edition of the magazine Licensing Source Book Europe, a licensing manager at GB eye (a company which handles licensed merchandise for Activision and others) says that the N. Sane Trilogy will be coming to PC soon. “The new game was a huge success at retail with no marketing spend. Next year it will be going broader (Switch and PC) and there will be another game in 2019. Activision have a five year plan for this and GB eye is delighted to be fully on board for all products.”

That’s from page 97 of the magazine, but if you look at the online version today you’ll note that all references to those unannounced games have been removed. Multiple screencaps of the original version are still floating around, and Eurogamer cite anonymous sources saying they’ve heard similar plans.

Take this info as you would any rumour, but given the millions of sales the N. Sane Trilogy enjoyed when locked to a single platform, it would be more surprising if we didn’t see a whole lot more of Crash in the near future.