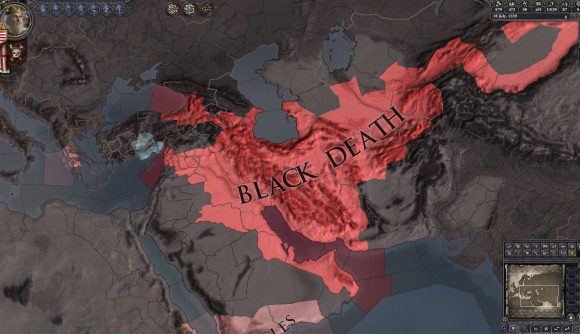 It’s probably completely unrelated to any fears of pandemic disease that might be circling the globe, but this weekend Paradox is offering The Reaper’s Due DLC for Crusader Kings II free of charge. You can add it to your account permanently for zero currency units until 13:00 EDT March 9.

The Reaper’s Due handles The Black Death, the devastating bubonic plague that swept across the known world during the 14th century, wiping out somewhere between 30-60% of the European population by the time it had run its course. In the DLC, Crusader Kings II’s epidemic system gets overhauled to include this particularly virulent outbreak, and you can watch it spread using a new map mode.

You’ll also be able to build hospitals to care for the sick and appoint court physicians who come with their own event chains as the disease arrives in your territory. If your ruler becomes afraid of infection, you can hide them away in sequestration as the people struggle to survive and maintain as the Black Death sweeps across the countryside. 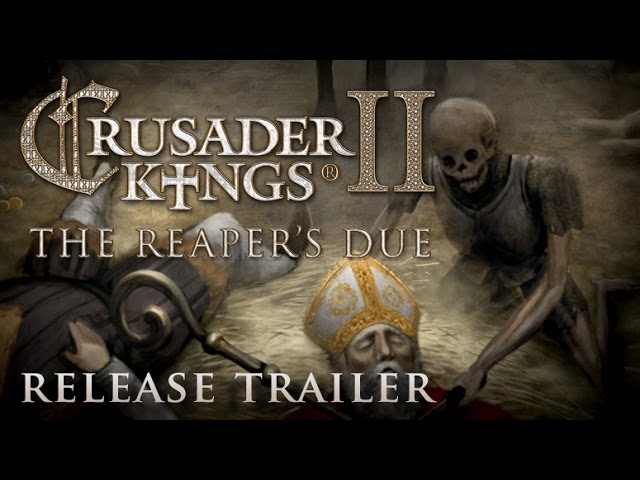 Medicine in the middle ages wasn’t what it is now, so you’ll have to figure out political solutions when the people begin questioning your judgment – or perhaps assigning blame. There’s always the option to blame the cat.

Since the Crusader Kings II base game is now free to play, you can start right in on the Reaper’s Due just by heading over to the Steam page and adding it to your account. Just remember to count your blessings and wash your hands with soap and water frequently – we’d prefer to keep our plagues in the past.