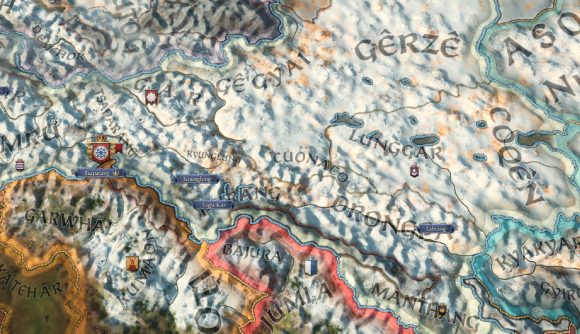 Crusader Kings 3 was undoubtedly the best launch for a Paradox grand strategy game in history. We loved it (read our review), and it seems plenty of others did, too – it sold over a million copies in just over a month following its launch, which is pretty great.

But things have also been a bit quiet. We’ve had a couple of patches, but no further news on what the first expansion could be, though the game’s initial expansion pass gives a rough indication as to what to expect. We’re due to get more concrete news on Crusader Kings 3’s 2021 plans at the Paradox Insider event next month, but the team released a new dev diary today revealing the first details on the next major update – patch 1.3.

This new revision will drop alongside the game’s first premium DLC, which we’ll also learn about next month. The highlights from today’s dev diary include some map updates, as well as the inclusion of winter as a proper, game-changing season. I’ll be honest, I thought winter was already in the game, but maybe I’m confusing it with one of the other historical strategy games.

Winter, which we’re told is coming, will involve new visuals for the campaign map, as well as three season ‘flavours’ in mild, normal, and harsh. The map will change to become snow-covered, and there will be visual cues at the barony level to show what level of winter you have. 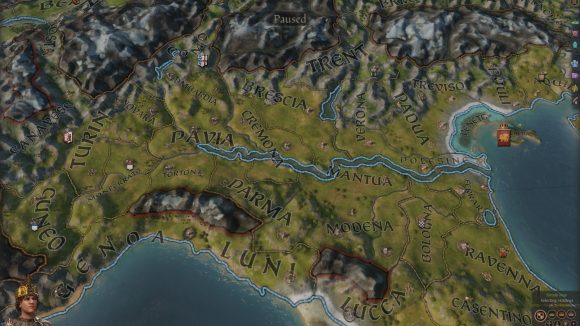 The harsher the winter, the more penalties there’ll be for things like supply, combat penalties for units like cavalry, and more ‘fatal’ casualties during combat. Some cultures will get unique men-at-arms units that actually get a bonus while fighting in winter.

The map changes mainly revolve around introducing new baronies and counties in certain areas. There’s a range of map changes the team would like to address, but the first to get some love will be Ireland and Italy. You can read more about the specifics of these new map additions at the bottom of the diary.

Dev diaries should be more regular from now on, with new details on what the 1.3 patch will bring coming each week. In the meantime, make sure you check out some of the excellent Crusader Kings 3 mods that are available.