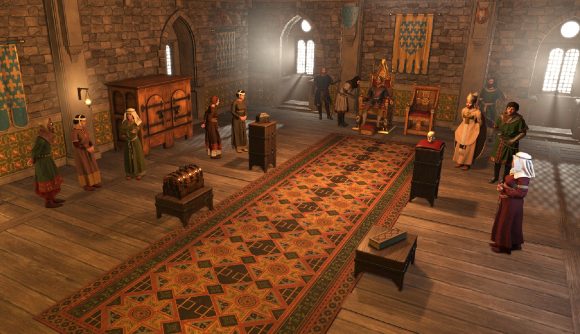 The Crusader Kings III devs have confirmed that upcoming Royal Court expansion – which was announced at PDXCON Remixed back in May – will “take longer than many of us expected” to release.

The delay was confirmed in this week’s dev diary, which goes into more details regarding the grand strategy game’s new artefact items that are being introduced, as well as giving us our first glimpse of the new 3D ‘Throne Room’ area. The Crusader Kings III DLC is still on track for a release “later this year”, the diary confirms.

Reasons for the delay include the unprecedented nature of parts of Royal Court, especially the throne room, as well as recent organisational changes that saw Paradox Development Studios – Paradox Interactive’s primary internal studio for making grand strategy games – split up into three distinct teams. These changes have caused a “negative short-term impact”, but the developers are confident it will make future CKIII expansions that much better: “it’s definitely going to be a solid investment for the future of CK3,” the diary states, “not only for the release of Royal Court, but also our future expansions, and beyond.” 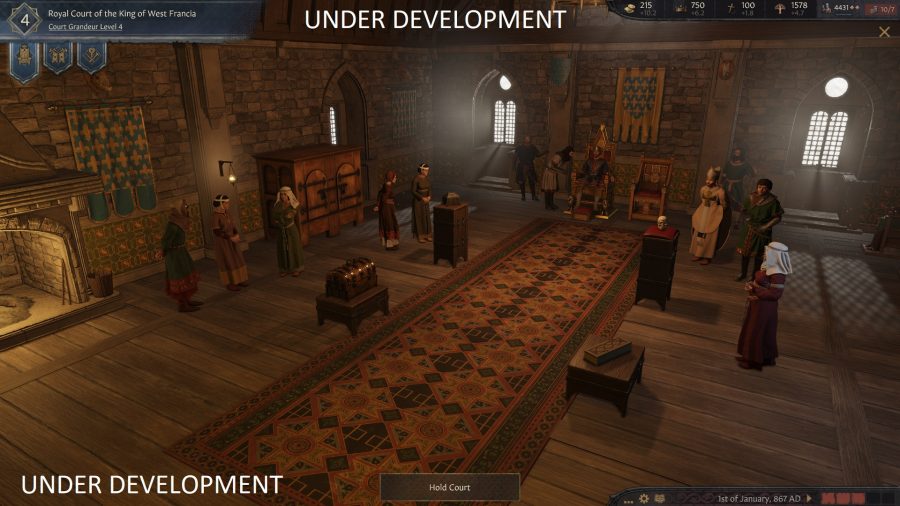 Coming back to the dev diary’s main talking point, the development team has redesigned the old CKII system from the ground up to ensure that the player’s can gather a collection of meaningful, distinct artefacts, rather than multiple copies of the same sword or tome.

Every artefact will possess a set of predefined features, which will draw upon variables such as where the item was created, the wealth of the region, even event decisions during the crafting process. This will include things like the material that was used, as well as any decorations and other elements.

Not all features will be reflected in the 2D and 3D art, but an artefact’s feature set will help in generating the dynamic description that will come with every item. Artefacts will also come with modifiers that will boost a character’s stats while it is equipped in one of their personal slots. Artefacts will no longer do anything if they’re not equipped, and modifiers will be more grounded, rather than anything obviously supernatural. 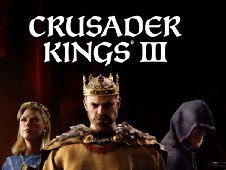 Finally, the diary talks about how not all artefacts are masterpieces – sentimental and historical artefacts will also exist, including those of “dubious provenance”.