Woe has befallen us, for the new Ruler Designer has arrived in Crusader Kings III. In our naivety, we had thought this would be a cause for celebration, but we failed to account for the terrors introduced by three dimensional characters. Read on if you dare, because things are about to get extremely weird.

Crusader Kings III’s Ruler Designer is a tool that allows you to customise your characters to your heart’s content. It was a popular add-on feature to Crusader Kings II back in the day, and naturally, players have been eager to get their hands on the version for the latest medieval grand strategy game. But Paradox has given its players far too much power, and they are creating heinous monsters that rival the worst fiends to come out of the Dark Souls character creation screens.

In fairness, players are also trying their hand at recreating the cast of Game of Thrones, and they’re doing a pretty good job of it. As you’ll see below, Charles Dance as Tywin Lannister is instantly recognisable, and Kit Harington’s Jon Snow looks on point.

And everyone’s favourite Warden of the North, Jon Snow:

My take on Jon Snow from CrusaderKings

Things start to take a turn for the worse with Lord Farquaad:

And I think I might hate Crusader Kings Thanos more than actual Thanos:

You can also make attractive people, such as Tom Selleck:

I have made a middle aged Tom Selleck for movember. from CrusaderKings

But Paradox has decided against putting too many limitations on the Ruler Designer, which means you can also create monstrous entities that defy the normal rules of physiology. Here is one such mutant:

The new ruler designer is far more in-depth than I imagined, allowing some truly cursed creations from CrusaderKings

Someone has even gone so far as to recreate Pokemon’s Mewtoo in Crusader Kings III: 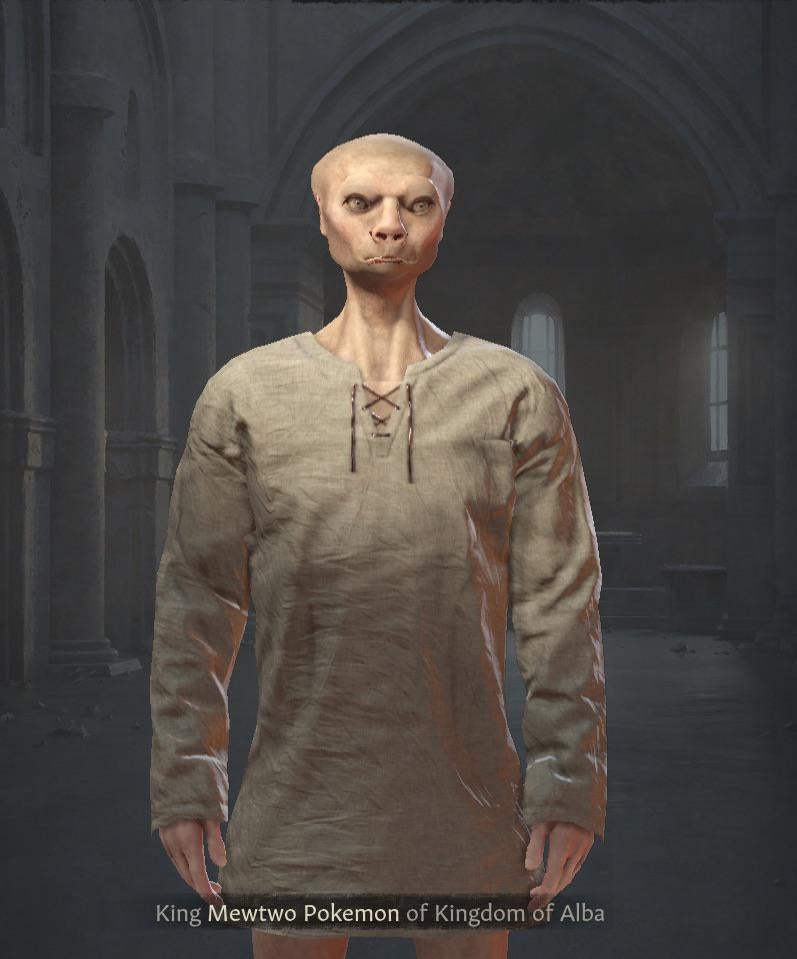 As you can see, the Crusader Kings subreddit makes for interesting reading today. If you’re interested in getting started in the game, check out our Crusader Kings III beginner’s guide, and our guide to using the new Ruler Designer. You’ll be ruling over medieval Bohemia as King Beavis and/or Butthead in no time.