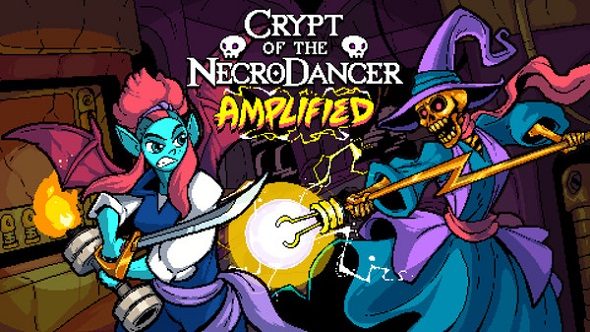 After spending most of the year so far in Early Access, Crypt of the NecroDancer’s DLC is coming out in a few days, on July 12. It was released on Early Access in late January 2017, following the same model as the base game – using Early Access as a way to gauge community feelings and make changes accordingly – and now it’s done.

Crypt of the NecroDancer: AMPLIFIED is adding a new zone, a new playable character, new loot, soundtrack, and boss battles. The trailer above shows much of that off, but it’s primarily content that was already available in the Early Access version of the DLC.

Alongside the final release, there’s going to be a launch patch with the final new features: bosses, cutscenes, characters, and more. While they’re not full patch notes, you can see some of the new additions coming in the launch patch here. Considering it’s just £4.99/$6.99, that’s a whole lot of new stuff.

You can always buy the DLC now, over on Steam, but you’ll have to wait for it to leave Early Access on July 12 to get access to all of the new stuff.