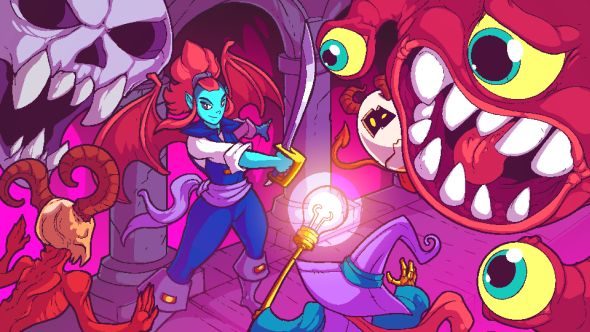 Rhythm action dungeon explorer and monster killer Crypt of the Necrodancer is a “MUCH better game because of all the great feedback we received from our community during Early Access” so developers Brace Yourself are going to do it all again. The Amplified DLC, which acts as a prequel while adding a new protagonist, different enemies and bosses plus a new area, will hit early access on January 24. You can see how it looks above.

That’s the base version that launches on Steam come January. Through the process they’ll add more game modes, playable characters – basically everything.

Plan is for Early Access to last two months, so expect a full release in late March or early April. Given they’ve been through this whole loop before, it seems unlikely it could all collapse, so you’re probably safer than usual with an investment at this stage. Plus the basic mechanics, engine and general fun level has already been established, so if you enjoyed the first, it’s almost certainly a worthy investment. They won’t be making it any cheaper or more expensive come launch, either.