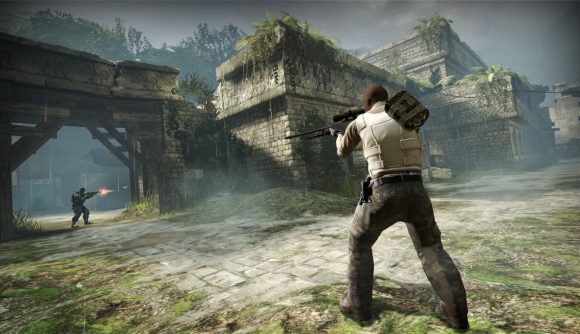 Seven years after its release, Counter-Strike: Global Offensive is the most popular it’s ever been. Valve announced a milestone of 1 million concurrent players on Twitter, beating last month’s high of almost 917,000.

There was a short time when CS:GO was considered inferior to its predecessor, Source, but those days are long gone. CS:Source now has just 6,828 concurrent players as GO’s count continues to benefit from its free-to-play model.

Of course, the global pandemic probably hasn’t hurt matters. Children and adults alike are being forced to self-isolate or working from home. With more screen time freed up from dwindling work and a lengthy commute, even ISPs are noting a difference. Telecom Italia has seen a 70% increase in internet traffic, with a big portion of that from online gaming, specifically Fortnite.

We’ve seen similar jumps in traffic Rainbow Six Siege and Steam as a whole, so it stands to reason that the same applies. Recently, it broke records twice in just a few days, so it was only a matter of time.

Even so, CS:GO deserves credit where credit is due. Its simple but effective formula has managed to make it the most popular on Steam right now, by a wide margin. Its closest competitor is Dota 2, at around 665,000, while PUBG falls behind at 357,723. Last month, it broke its record twice in a few days, so this has been a long time coming.

As well as its recent free-to-play model, the game’s surge in popularity over the past year can be put down to various quality of life improvements and a renewed streamer presence. Players known screaming down the microphone are now automatically muted, while maps have received various changes. Even its dated graphics give it an advantage, as there’s basically no barrier to entry.

On the horizon, however, is upcoming Riot shooter Valorant, which is looking to on the same core audience. Its gameplay looks like a merge of Valve’s FPS and Overwatch, but it’s not yet clear if it will get the widespread support enjoyed by either. Over the course of a decade, Counter-Strike has certainly shown that players have a tendency to return to what they know.