Cube and Me lulls you into a false sense of security. As the new guardian of a group of adorable alien cubes, all smiling faces and the illusion of personality, you are tasked with making them happy. You feed them, clean up their poo (don’t worry, they actually excrete crumpled bits of paper), wash them when they get dirty, and comfort them when they get sad. You grow attached to them.

It’s all lovely until one of them dies at the hands of an evil robot, or you sell one of them off to feed your potted plant addiction. All of a sudden, Cube and Me goes to a dark place, as you watch weeping aliens freak out as one of their number is snatched up by a big mechanical claw. This never happened in E.T.

Strange Journey Games’ Cube and Me is one part cute pet simulator, one part vaguely roguelike dungeon adventure. It’s a peculiar combination, but ends up being slightly reminiscent of Monster Rancher. Just with more feels.

Split between your house and the single dungeon that makes up the pre-alpha build, the former has you looking after the alien cubes by improving their environment and generally taking care of them. Doing this is surprisingly tactile. To feed a cube, you actually need to hold the food up to their wee mouths and directly feed them. Cleaning them is similar, as you’ll need to hold the shower head above them.

It’s actually a fairly tactile game across the board. Earning money by folding envelopes is hands-on, with you using both the mouse and keyboard to fold these bits of paper, and the cubes themselves can be picked up and moved around. This is particularly important when it comes to the danger-fraught activity of dungeoneering. 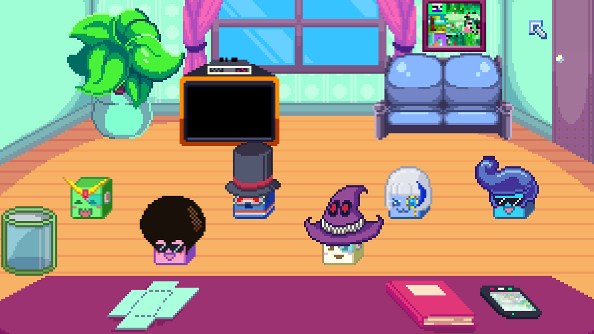 You are, perhaps, not the most reliable pet owner, because you take these vulnerable baby aliens into a pretty dangerous underground facility, filled with unfriendly robots that attack from the ground and air. Thankfully, these cubes have some impressive superpowers, and what form these take depends on the cube in question. They might be able to summon orbs that spin around them, damaging foes, or they could launch a barrage of projectiles at unsuspecting robots.

The cubes will fight without prompting, but they’ll also just sit where they are and make no attempts to avoid enemy attacks – that’s where you come in. These lazy wee creatures will need to be picked up and repositioned if you want them to survive, but picking them up will also charge up a super ability, so it’s good to be a hands-on pet protector. Holding them for too long has a price, though, as your wee charges will overheat.

Battles are colourful, hectic affairs, but there’s an undercurrent of tension. As the developer is keen to remind people, “Cube death is permanent”. When I lost my first cube, Boris, I was inconsolable. I had flashbacks to the happy times we spent together. That Boris, how he loved eating bread and getting it all over his silly-looking face. He will be missed. 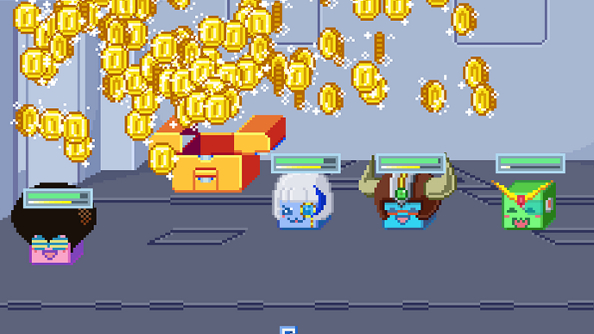 With great risks come great rewards, however, and the procedurally generated dungeon is filled to the brim with sweet loot, from satisfyingly large gold coins to bits of junk that can be crafted into fancy hats and other accessories for the cubes. Afros, futuristic specs, wizard hats – these cubes do enjoy a bit of dressing up. Of course, the fact that they all have stat modifiers makes them pretty handy too.

Dungeoneering done for the day, it’s back home for well-deserved snacks and naps. 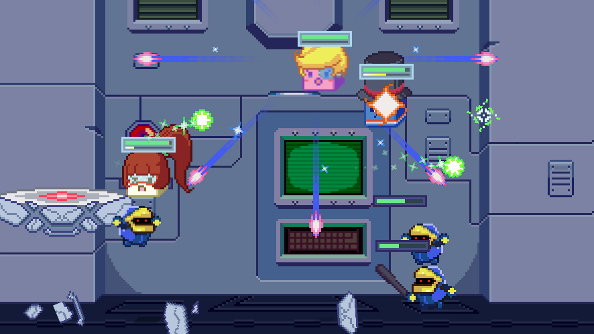 It’s clear that Strange Journey Games wants you to grow to care about these wee beasties, and how could you not? They’re like wee chunks of multi-coloured jelly with the temperament of a gregarious puppy. That’s also why you can make quite a lot of money from rearing them and then selling them, like a cube breeder. But you wouldn’t do that, would you? The other cubes would cry.

Cube and Me is looking for funding on Kickstarter at the moment, and it’s doing the Greenlight thing too. If you want to find out if it’s your cup of tea, then you can check out the demo. It’s a browser-based flash version, but the complete version won’t be.