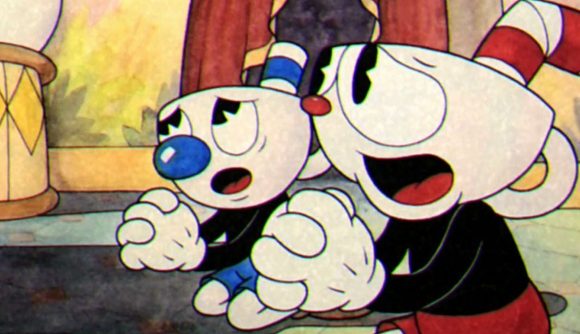 A (short) new teaser for The Cuphead Show!, the animated series based on the incredibly difficult platform game from StudioMDHR, has been released. Netflix revealed a short feature on the production of the series, interspersing snippets with interviews with some of the cast and crew.

In the 45-second clip, a number of producers discuss working on the characters and world, particularly in regards to capturing the Fleischer-style aesthetic Cuphead uses. “Reimagining the Fleischer style with these incredibly relatable siblings is going to be pretty fresh and new,” executive producer CJ Kettler comments in the video.

Indeed, one of the platform game’s major attractions is the way StudioMDHR managed to make it look and feel like a vintage cartoon brought to life. The Cuphead Show! is a little sleeker by design it looks like, doing away with the grainy look of the game so the colours and movement are more defined and articulate. So far all core designs remain intact, however, and the voice actors for Cuphead and Mugman, Tru Valentino and Frank Tudaro respectively, chime in to give a brief sample of the voices we’ll be hearing in the cast.

The Cuphead Show! is a co-production between StudioMDHR and King Features Syndicate. Earlier this year, Cuphead broke five million in sales, just the latest accomplishment for the platformer, which has topped Billboard charts in addition to everything else.

Take an inside peek at the intricate, nostalgic design of The Cuphead Show! pic.twitter.com/EF0kpAi973

No release date for The Cuphead Show! as yet, but there’s a Steam summer sale to keep you occupied. We have recommendations of the best space games, best action-adventure games, and best anime games to give you something to check out.