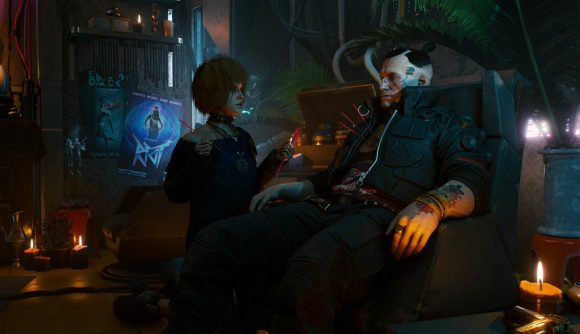 As developers, fans, and industry figures continue to speak out against crunch in game development, CD Projekt bosses Adam Badowski and Marcin Iwiński have pledged to improve things at the studio. The Witcher 3, now broadly regarded as one of the best games in recent memory, was the subject of a notoriously bad crunch period.

To that end, Iwinski says that studio plans to push its “non-obligatory crunch policy” harder through the end of Cyberpunk 2077 development, and adds that “we’ve been communicating clearly to people that of course there are certain moments where we need to work harder – like I think the E3 demo is a pretty good example – but we want to be more humane and treat people with respect.”

The idea of non-obligatory overtime came up in discussions of Red Dead Redemption 2 crunch, as Rockstar had a similar policy in place. As many noted at the time, even if crunch isn’t technically required, asking employees to participate in overtime at all can put significant pressure on everyone to work extra hours.

In discussions with anonymous developers on Cyberpunk 2077, Kotaku received differing reports on how much overtime has already taken place. Some say they’ve worked few extra hours, while stories out of tech, audio, and QA departments suggest big crunch periods leading into events like the E3 demo.

CD Projekt received a scathing set of reviews on Glassdoor, a website for employees to evaluate their workplaces, a few years ago following the launch of The Witcher 3. At the time, Iwiński and Badowski attributed the criticism to the studio’s insistence on “reinventing the wheel every friggin’ time.”

Read more: Here’s what industry activists have to say about crunch

In today’s report, the CD Projekt leaders are much more receptive to improving the studio’s culture, though they suggest that periods of crunch will still be necessary to make Cyberpunk 2077. However, Badowski does say “I think we can promise that it’ll be better than The Witcher’s finishing period.”