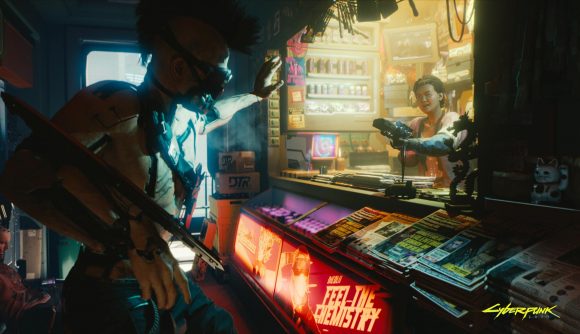 Given the Cyberpunk 2077 release date is still months away, there’s a surprising number of tie-in goodies are available to grab already. There’s a Cyberpunk 2077 collector’s edition, ‘World of’ lore and artbook, and plenty of other merch around to celebrate the RPG game’s impending arrival. There doesn’t seem to have been any mention of a Cyberpunk 2077 cookbook just yet, but the fan community’s certainly asked – and it’s not a definite ‘no’.

In a recent community Q&A on the upcoming RPG game’s Discord server (captured and transcribed by Netrunner2077), senior level designer Miles Tost was asked (around the 16:03 mark) about the possibility of a CP2077 cookbook. “Oh fuck yeah, that’d be dope!” he seems to say, laughing about what exactly might be included if there were such a thing. The audio’s not wholly clear, but he seems to laugh at the idea of a “synth meat and rats” recipe. Following an interviewer’s joke about suggesting the cookbook idea to bosses at developer CD Projeckt Red, Tost says, “I mean, [the game] did get a chair”.

The dev’s possibly referring to this gaming chair, which is kitted out in the cyberpunk game’s already iconic yellow-and-black colour scheme and logo.

So, it’s far from confirmed that a Cyberpunk 2077 cookbook is on the cards based on the interview, and it’s a little hard to imagine what kind of recipes might feature anyway, given what we know about drinks, dining, and delicacies in Cyberpunk lore. Synthetic ‘Kibble’, ‘Prepacks’ of varying qualities, and ‘Single Cell Organic Proteins’ (aka ‘SCOP’)? Shudder. 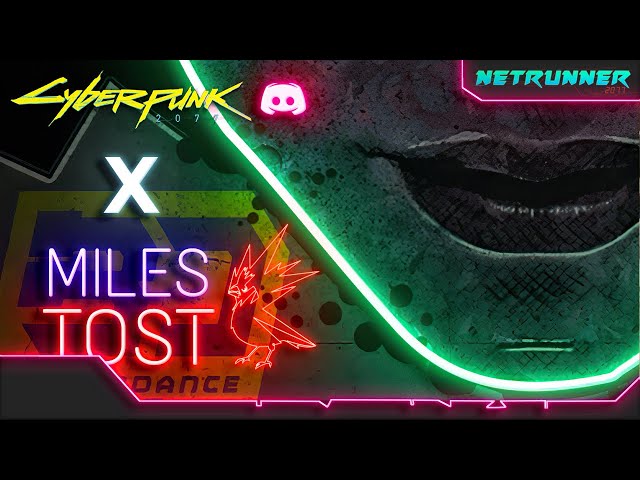 However, a bunch of other games have got physical recipe book tie-ins, such as the Elder Scrolls and Fallout series, Overwatch, and Destiny, so it’s at least possible one might arrive one day. Plus, as they go on to discuss in the interview, there’s already a Johnny Silverhand-inspired cocktail recipe floating around, so perhaps that’s a start.

Details on exactly what your character V might be chowing down on when the game arrives aren’t that clear just yet, but we have a Cyberpunk 2077 preview, plus some Cyberpunk 2077 character customisation and Cyberpunk 2077 life paths guides that you might like to take a look at ahead in the meantime.