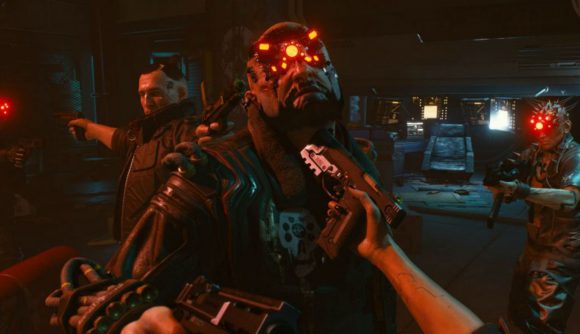 CD Projekt Red says that the critical and commercial success of Red Dead Redemption 2 has underscored the importance of quality and polish, and that it will apply those lessons as it continues development on Cyberpunk 2077.

In a conference call with investors on Friday, CDPR CEO Adam Kiciński was asked what his studio has learned from the release of Rockstar’s latest open-world epic.

“Without a doubt, quality is of paramount importance,” Kiciński says. “We strive to publish games which are as refined as Red Dead Redemption 2, and recent Rockstar releases in general. That game is excellent, by the way, we are rooting for it. Rave reviews, excellent sales. What does that teach us? Well, it teaches us that we need to publish extraordinary games, and that’s exactly what we are planning.”

Kiciński touches on the issue of saturation, and how developers can command your attention as ever more, and ever larger, games are brought to market. “Gamers, it seems, tend to focus more and more on hit releases,” he says. “While the gaming community is growing, time cannot be stretched. There is – well, maybe not a surfeit, but a fair deal of good games out there, and playing them consumes a lot of time. So it pays to be among the best – that’s how you get a nice fat slice of cake, businesswise.”

You can check out the call transcript here (via VG247). There are one or two other interesting points to note. Kiciński adds that development on Cyberpunk 2077 is going “fast and according to plan”, and CDPR is “setting aside time” to polish and fix bugs so as to ensure “something of great quality” is delivered at launch. This isn’t a surprise, since a bug fixing phase of a certain length is standard in game development, but in the case of The Witcher III, it could probably have stood to be a little longer. Hopefully these comments from Kiciński indicate that CDPR is doubling down on polish, and if Red Dead is a positive example for why this is a good idea, the bug-ridden Fallout 76 is a pretty good negative one.

And finally, while it’s technically true that the campaign is playable from start to finish, as was reported at Gamescom, not all of it is as polished or complete as it appears in the gameplay demo that was released to the public shortly after the show.