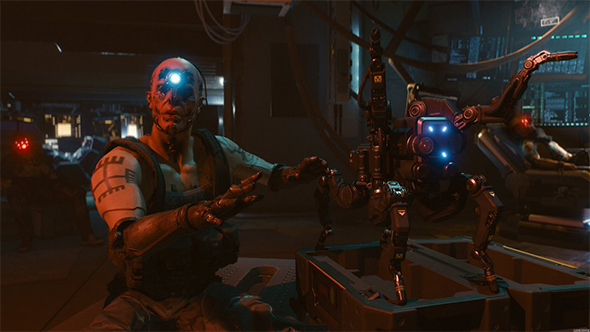 When you combine videogames and cyberpunk, you usually expect some options for stealth, with that sort of gameplay factoring heavily into titles like Deus Ex. Cyberpunk 2077 will be no exception to the rule, as CD Projekt has confirmed that you’ll be able to sneak up on unaware enemies.

Enemies won’t always be aware of you, so you will have the opportunity to take advantage of unsuspecting foes. That can mean sneaking up on them directly, or laying traps and deploying viruses.

Cyberpunk 2077 is certainly one of the biggest upcoming PC games, but don’t miss what else is on the way.

This info comes, of all places, from a Facebook message where a fan asked about the possibility of stealth gameplay. Normally we’d take such a source with few grains of salt, but given Cyberpunk 2077’s prolific social media presence, I’m inclined to believe the screencapped conversation is very real.

The message also suggests that offering varied combat options with plenty of player choice about how to approach each encounter is a key part of the game’s design. Concretely, you’ll be able to shoot through walls and bend bullets around corners among other options.

Sadly, CD Projekt’s social media team has yet to respond to any requests to see that gameplay demo in public, so you’ll have to settle for watching that trailer all over again.

The Cyberpunk 2077 release date is still some distance in the future, but we keep hearing new details that make the wait ever harder to bear. Quests, vehicles, multiplayer – there’s a lot more to learn, but at least CD Projekt is releasing that info in bits and pieces. If you’ve got a yearning to practice the sneaky arts in the meantime, see our guide to the best stealth games on PC.