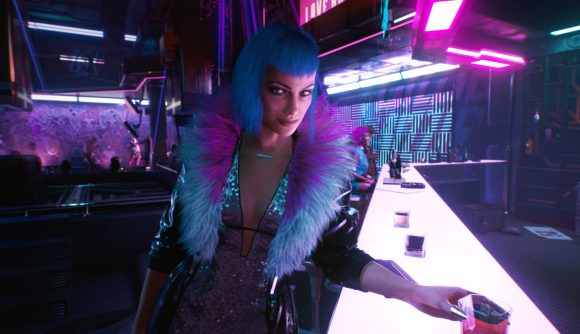 Announcing the new stream, the developer says it will “share details about lifepaths, show you the types of weapons you will be using in the game, and discuss Refused’s transformation into Samurai”, referring to the punk band signed up to contribute to the in-game soundtrack. You can watch the livestream on Twitch, though it’s not clear how long it will last or what else will be included.

The previous Night City Wire, which was held during the recent quasi-E3 period., brought us news on Cyberpunk 2077’s ray tracing techniques, as well as the new Cyberpunk anime series coming to Netflix, Edgerunners. It also coincided with a round of media previews, including our interview with CD Projekt Red. There, the developer revealed that Cyberpunk’s open world might not be as big as first thought and that “GTA mode” is possible in the game.

We’re now around three months from the Cyberpunk 2077 release date, which is set for November 19 after numerous delays.

Join us on Monday, August 10 at 6PM CEST, at https://t.co/y8iUIM0gBv for episode 2 of Night City Wire! This time we'll share details about lifepaths, show you the types of weapons you will be using in the game, and discuss Refused's transformation into SAMURAI! #Cyberpunk2077 pic.twitter.com/n3LFFocbVI

If you can’t wait for then, check out our list of the best cyberpunk games on PC for something to keep you occupied in the meantime.