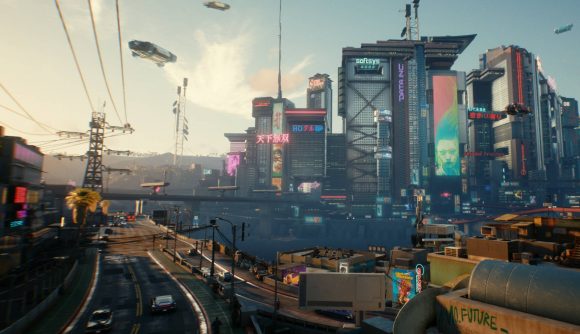 Be wary, it seems Cyberpunk 2077 players are suffering a recurring glitch that corrupts your save file. Going over a certain size can render a save unusable in the RPG game, and players have figured out what seems to be the cause.

The issue was flagged on developer CD Projekt Red’s forums, where a number of users stated they’d lost progress due to files becoming corrupted while playing through Steam. Over the course of the posts, a common factor emerges that the saves that are being lost are all over 8mb, 8192kb being the exact magic number that can make your play-through unreadable. From there, discussion moves onto what’s actually making this happen, and it seems to be linked to crafting.

Essentially, crafting weapons and items causes a bloat in your save file, and as of now, the open-world game has a ceiling on just how much of that it can handle. This is the working theory, and SigilFey, a forum mod, explains that what’s likely happening is to do with internal item ID numbers. “If I am rapidly adding/removing items from my inventory, I may inadvertently increase that ID number to something that the engine no longer recognizes,” his comment reads. “Or a number that conflicts with some other function of the inventory. Or save system.”

At time of writing, CD Projekt has put up a support center post on save corruption, tacitly agreeing with the above, and asking players to “use an older save file to continue playing and try to keep a lower amount of items and crafting materials”. The 8mb limit on saves might be increased in an upcoming patch, but any corrupted files are unrecoverable.

Cyberpunk 2077’s launch has been less than ideal, to say the least. The cyberpunk game was recently removed from the PlayStation store, and CD Projekt has said it will refund anyone who isn’t satisfied with it.