Just a note that this guide does contain spoilers, so you have been warned. Everybody’s looking for something in Night City and that’s certainly the case for the Santo Domingo fixer by the name of Muamar ‘El Capitan’ Reyes. He wants us to help him recover a shipment of beta acid from the 6th Street gang. He says that there could be disastrous consequences if it falls into the hands of those with more sinister intentions.

So in order to get it back you’ll need to make contact with one of Reyes’ contacts – Booker Updike – who may have some extra intel on the Beta Acid from the Dewdrop Inn, before finding and bringing back the acid from the clutches of the 6th Street Gang. No matter what Cyberpunk 2077 build you’ve specced in so far, we can help with steps for each one.

Find the intel in the Dewdrop Inn

After accepting the gig, head for Arroyo – Santo Domingo and look for the worker’s motel in the area. There isn’t really much of a need to use weapons to get into the Dewdrop Inn, as there are multiple shutters and a fire escape that you can rip open with a high enough Body stat.

Alternatively, you can just unlock the back door using your Technical Ability, or just wander in and rent a room from the clerk at the reception desk. 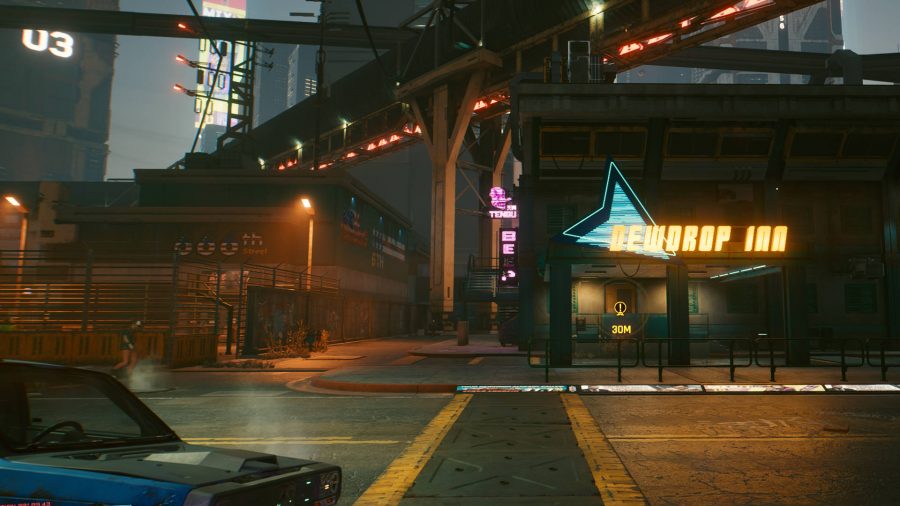 Depending on how you accessed the motel, Booker is either really easy to find, or requires a little extra work:

Sadly, you won’t have any help from Booker, as he’s already dead. You’ll need to find out where the acid is being stored without his assistance. Scanning the area will eventually lead you to the right location, but the terminal upstairs can also yield answers if you pass the Technical Ability requirement. 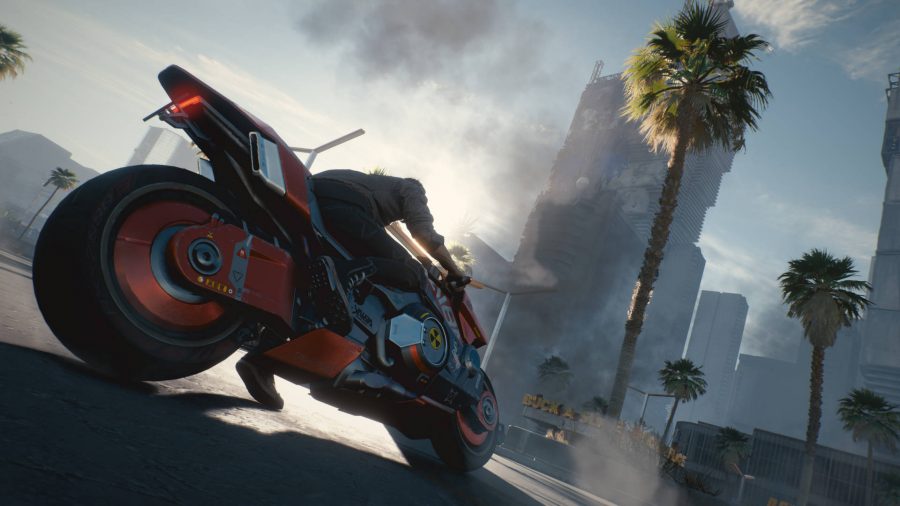 How to retrieve the beta acid

The beta acid is being stored in a make-shift laboratory that’s heavily guarded. There’s multiple ways that you can breach this area.

Barge your way in

If your Body stat is high enough, you can plough straight through the door. Just be aware that enemies will be alerted to your presence as soon as you barge in, so smart weapons might be helpful. Be wary of the explosive tanks though. If they explode, they’ll likely kill anyone near them, including you.

You can use the grapple action to temporarily hold an enemy hostage if you need some breathing room. Just be sure to take out all the 6th Street gang members before the grappled enemy breaks free.

Climb in from above

For those lacking the muscle, there is another entrance that you can use by using balconies to leap across. Sneaking around using the Cool attribute and any of the stealth Cyberpunk 2077 perks will help you avoid being detected by the patrolling enemies.

You have the choice between leaving them alive and swiping the beta acid without being seen, or systematically taking out the gang members one-by-one with takedowns or silenced shots.

Once you’ve nabbed the beta acid, all that’s left to do is leave the lab and head back through towards the motel. If things are a little too hot though, you could also make a quick escape by leaping from the balcony onto the streets of Arroyo.

That is how to complete the Serious Side Effects gig. This is just one of the 69 different gigs found throughout Cyberpunk 2077 – early gigs include Woman of La Mancha and Flying Drugs – all of which will have multiple ways of completing them.