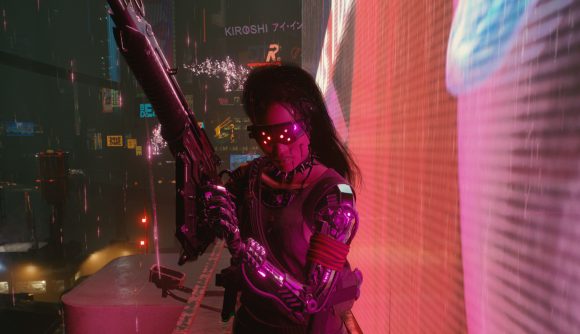 Cyberpunk 2077 is almost here and yes, that means retail copies are getting into people’s hands early. It seems CD Projekt Red isn’t too concerned if you get to start playing the game early, but the studio doesn’t want you streaming footage before everyone gets the chance to play. The devs will send cybercops after you if you start broadcasting spoilers – which I think means they’ll have the videos taken down?

“We’re getting closer and closer to launch and chances are some of you will get your hands on a copy of Cyberpunk 2077 before release day,” the devs say in a tweet. “However difficult this might be for us to achieve, our ambition is for gamers all across the world to have the same – spoiler-free – experience at the time the game releases.”

So the devs ask you not to release streams, Let’s Plays, or “any similar content” before December 9 at 3:00 PST / 6:00 EST / 11:00 GMT. “We will send MAX-TAC (you know, the guys who take down videos) after everyone who does.” Actually, MAX-TAC is the SWAT-like team sent in to take down raging cybernetic-users, but I think a DMCA notice would probably work just as well.

“After that date,” the devs say, “we would love if you’d streamed everything like there’s no tomorrow. It’s 2020, who knows, maybe there isn’t.” Wow, CD Projekt, you throw dark. (Maybe it’s the crunch?)

Here's what you need to know about creating your #Cyberpunk2077 video content before the release: pic.twitter.com/QBCCxAX0E2

The Cyberpunk 2077 release date is set for December 10, and you can probably believe it this time.