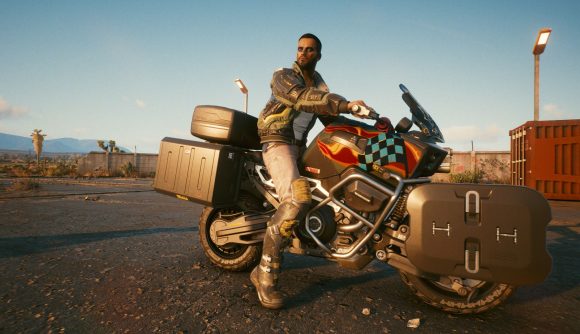 Ahead of the Cyberpunk 2077 release time, the first Cyberpunk 2077 gameplay streams are going live on Twitch. That means you can tune in to catch the new PC game's opening stages a little earlier than expected (and you can order the game from Humble here if you're yet to do so).

Earlier this morning, the RPG game's developer CD Projekt Red posted a little teaser on Twitter, saying: “Hey choombas, tune in to our Twitch channel at 11:30 CET (in one hour!) – we have a very special surprise for you today!” Linking out to its Twitch channel, the studio set a timer ticking down to… something. Now, the stream's gone live, and it turns out we're getting treated to some early playthroughs of the game from various high-profile streamers. For example, as of writing, CohhCarnage's Cyberpunk 2077 stream is being hosted on CDPR's channel.

Plus, elsewhere on the platform, streamers and channels such as Shroud, Fextralife, and xQcOW are also diving into Night City ahead of its release time later today (December 9 at 4:00PM PST / 7:00PM EST, or December 10 at midnight GMT).

As for how the open-world game’s faring on Twitch so far, a quick peek of SteamDB’s figures shows it’s soaring on the platform. Earlier, SteamDB creator Pavel Djundik highlighted that Cyberpunk 2077’s Twitch stats had hit around 793k concurrent viewers. As of this story, that number has now shot up to 904,774, according to the site. Phwoar.

Cyberpunk is going to the moon on Twitch 🚀https://t.co/MxMBmXvouq

I also added a block to display Twitch 24h and all-time viewers peak for all games (if we were able to link them to a game on twitch). pic.twitter.com/g554VKPn6U

You can order Cyberpunk 2077 on the Humble store by clicking here.