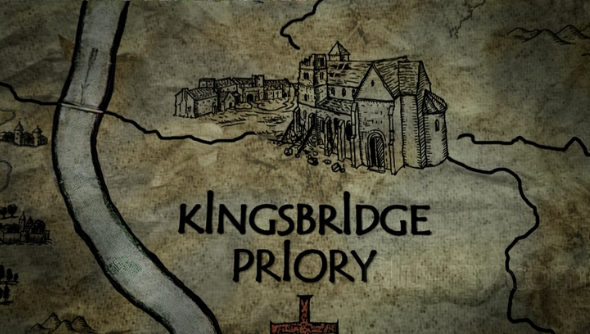 Daedalic has announced that it will be creating a new adventure game based on Ken Follett’s The Pillars of the Earth novel.

A historic epic, the first novel deals with the rising tensions between the nobility, clergy, and common folk as a cathedral is constructed in the fictional town of Kingsbridge. The resulting backstabbings, bust-ups, and clashes make some of Game of Thrones’ best plots look quaint in comparison.

The adventure game will release alongside the third Pillars of the Earth book in 2017. The whole thing comes about as book publisher Bastei Lübbe – who will publish Follett’s new novel – have taken Daedalic under their wings in an acquisition.

“I’m thrilled that ‘The Pillars of the Earth’ – which is probably my most famous book – is going to be turned into a computer game by Daedalic, now part of the Lübbe organisation,” Follett explained in a press release. “I believe this will bring my work to the attention of a new generation of readers.”

“Together with Bastei Lübbe and Ken Follett we determined that the genre of adventure games is the best and most suitable way to adapt and express the substantial depth of such a historical novel,” Daedalic CEO Carsten Fichtelmann said. “Adventure games are interactive literature, and we at Daedalic dedicated ourselves to the perfection of this genre’s playing experience.”

Like a Game of Thrones, not only has Pillars of the Earth been a book before an adventure game, it’s also been an American TV series back in 2010, starring Ian McShane and Donald Sutherland.