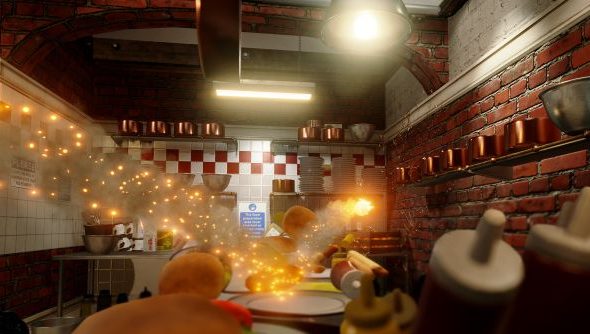 We don’t know where we’d be without a keyboard and mouse. Well, our articles would certainly be a lot shorter, for starters. We know where Dangerous Golf players are without theirs, though – gripping onto their Xbox controllers.

Prefer taking to the track to whacking golf balls? Have a look at the best racing games on PC.

Developer Three Fields Entertainment has revealed that the game has launched on PC without support for keyboard and mouse controls, with Microsoft’s Xbox 360 or Xbox One controller the only (official) port of call.

“Dangerous Golf does not support mouse and keyboard play,” the studio revealed on Steam’s forums in response to a customer query.

Dangerous Golf has more than a hint of Burnout behind it, which is no surprise given Three Fields was formed by Criterion founders Fiona Sperry and Alex Ward. It launched on PC yesterday and, so far, has garnered mixed reviews from the critics. We sure as hell liked the trailer, though!