House of Ashes, the next game in The Dark Pictures Anthology, takes a step away from its usual formula of terrorising a group of defenseless teens with spectral hallucinations, and instead throws a US Special Forces unit into Iraq in 2003 – at the start of the Iraq War – to investigate the potential existence of an underground chemical weapons depot.

As soon as the team arrives at the site they’re attacked by holdout Iraqi forces, but before a full-on battle can take place the ground gives way – a nod to the likes of Alien, The Descent, and Predator – plunging the five playable characters into an underground temple dating back to the ancient Mesopotamian empire of Akkad.

The Iraq war is still very fresh in people’s memories, so tackling this setting in a horror game is a difficult tone to strike. When asked about the possibility of trivialising the war by using it as a location for a horror game, executive producer on House of Ashes, Dan McDonald says, “that’s a theme that we can investigate without getting into the actual wrongs of the Iraq War, because that’s something we’ve avoided, that’s not really a part of our story.” You do play as characters on both sides of the conflict, though, and McDonald says that the location “gives us a good place to start from, allowing us to build the characters in a really nuanced way, both the military from the US side, and also the military from the Iraqi side.

“It isn’t really just about jumpscares and monsters. Everything we do is about characters, and their relationships, and then it’s putting those characters and those relationships in horrific situations and seeing how they grow.” 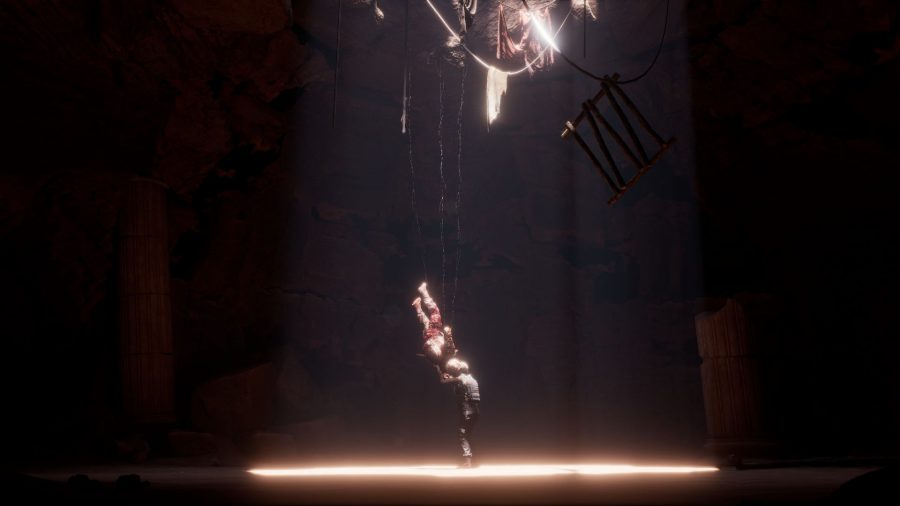 Iraqi officer Saleem, and two US marines, Jason and Nick, are playable characters that eventually meet in the catacombs, although McDonald cautions that “you’re not suddenly friends straightaway.” The presence of a habitat of horrific monsters unites the survivors, and as ever with Supermassive Games, everyone can live and everyone can die. Thankfully, there’s a new difficulty setting for those wanting to adjust the QTEs and ‘keep calm’ moments to better their chances of keeping all every character alive.

We're still doing what we do best, we are looking at how we can evolve the series and move in different directions

Although our group of unwitting soldiers are equipped with guns to deal with the – very real – threats, it doesn’t look like bullets are going to protect you from the monsters we’ve seen lurking in the shadows. McDonald explains, “We’re not making a third person action-adventure game, where they’re running around shooting things, we’re not making Tomb Raider, we’re not making a Call of Duty first-person shooter. We’re still doing what we do best, we are looking at how we can evolve the series and move in different directions, but we’re not making those kinds of games yet.”

McDonald elaborates that the guns do, however, serve as a flashlight to help you explore the dark corners of the temple, scout for possible routes out, and find hidden secrets and “little titbits of information for the future of the series.” There’s also a new 360 degree player-controlled camera, which replaces the series’ fixed camera perspective, hopefully easing some tension for nervous players and letting you explore the environment in more detail. 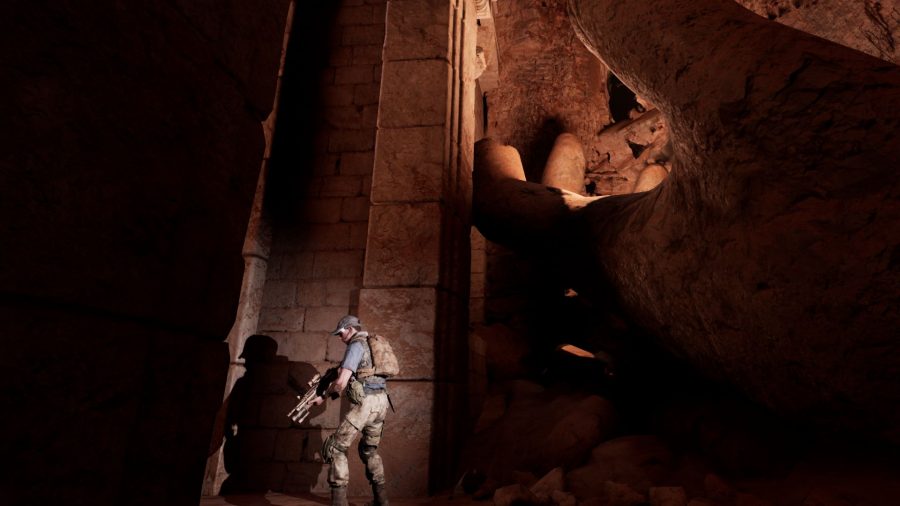 From the small glimpses we’ve seen in the latest gameplay, the monsters seem more akin to the humanoids in The Descent, from their hunched posture and agile movement, to their apparent love for dwelling in the shadows. McDonald explains that part of House of Ashes’ mystery revolves around “working out what these things are, where they’ve come from, and how you can kill them. What are they vulnerable to? And is there something more going on?”

Supermassive Games has mapped out eight horror games for the series, and so had already settled on the main threat for House of Ashes, which has been in the works for over four years, but McDonald suggests the various narrative threads all link together “by happy accident”. House of Ashes does look like it’s venturing away from the cabin in the woods-style horror, taking more inspiration from sci-fi heavyweights to produce a nightmarish, underground showdown between monster and man.