Until Dawn came out in 2015, a time when YouTube and especially Twitch were still growing, and most streamers weren’t playing anything quite like it. It was basically an interactive slasher movie – slickly produced, focused on story, and starring Rami Malek, Hayden Panettiere, and a cast of great actors. The game was centred on a butterfly effect in which your decisions make all the difference: this group of young people is in serious danger and their fate is in your hands. All of them can get out, only some of them can, or everyone can die.

Man of Medan is the next step in developer Supermassive Games’s exploration of this concept. It’s just the first of eight planned installments in The Dark Pictures Anthology, due to continue next year, and we’ve been talking to game director Tom Heaton about the inspiration for this idea and the challenges in realising it – not the least of which was embracing this apparent hunger to share stories in new ways.

“When we finished making Until Dawn we had an idea around making shorter horror games within an anthology format,” Heaton says. “We were also inspired by how people played Until Dawn together, and decided that adding multiplayer would be a really cool feature.

“At the time we were not really sure whether it could be done so we created a working prototype. We demonstrated that prototype to a lot of people and they were really blown away by the idea, so we knew we were onto something. We decided to make sure all the games in The Dark Pictures Anthology have multiplayer as well as the traditional single-player modes, so multiplayer has always been in the design, from the very beginning.” 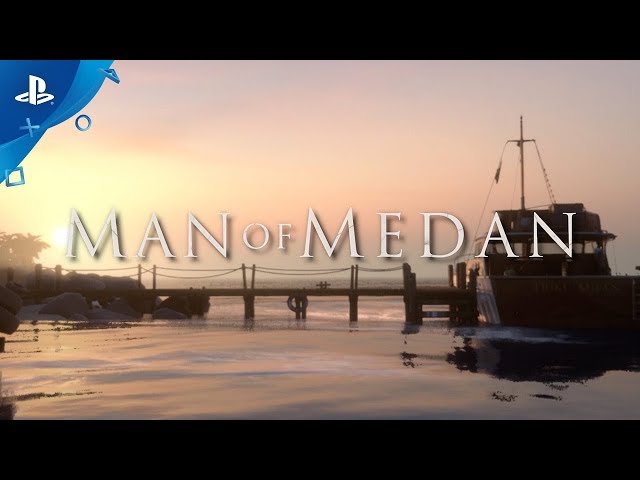 There are many reasons people might choose to watch someone else play a game. A streamer’s skill or personality is one, but Until Dawn was one of the first games that proved that story-heavy titles, which traditionally had been thought of as single-player only, could fire up a streamer’s audience, too. There was a drive for people to find every ending together, which is why perhaps multiplayer was a natural step for the series.

“We have two multiplayer modes,” Heaton says. “Shared Stories allows you and friend to experience the story together online. The characters that you each control are sometimes together, sometimes apart, but all your decisions will have consequences for your friend’s story. The other multiplayer mode is Movie Night. We looked at the fun ways Until Dawn had been played and we wanted to design a way to facilitate that style of play – so the Movie Night couch co-op mode was developed. This allows 2-5 players to choose a character and pass the pad when it’s their characters turn to play. It’s a great social way to play a horror game.”

A common trick that slasher-horror films use to create tension is to make you care about their characters and leave you genuinely unsure which – if any – will make it out alive. Both Until Dawn and Man of Medan try to recreate that same tension, but arguably do so with more success since the survival of their characters is on you. 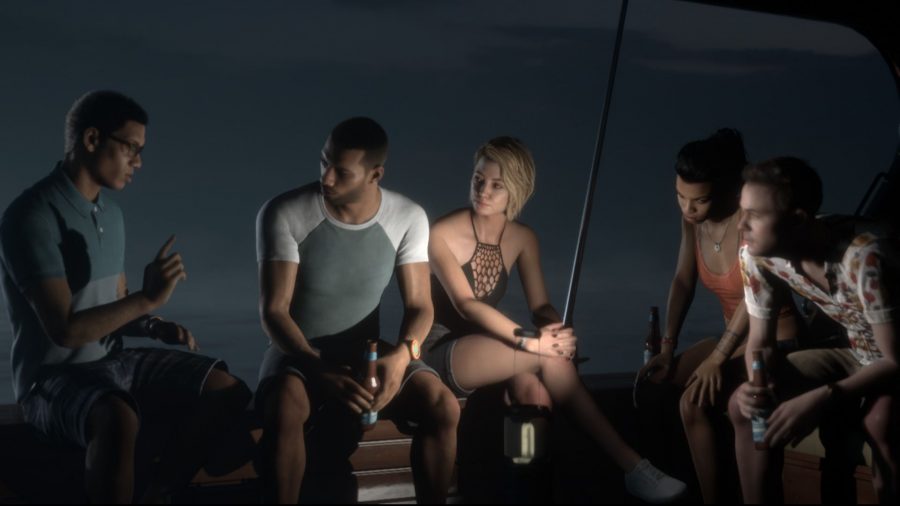 “We have a lot of horror fans in the studio, and they are fans of very different horror genres and formats. That was one of the reasons we wanted to create an anthology. We actually came up with 39 different sub-genres of horror,” Heaton explains. “For Man of Medan, we were influenced by films like Ghost Ship and Triangle, but we always like to mix things up. All the stories in The Dark Pictures Anthology have some basis in a real-world fact, fiction, legend, or conspiracy theory. For Man of Medan, we came across the legend of the SS Ourang Medan and thought this would make a fantastic setting for a horror game. We enjoyed creating a horror game where the player is isolated on a giant rusty ghost ship, stuck in the middle of a huge ocean.”

The story of the SS Ourang Medan goes that its entire crew died mysteriously sometime in the 1940s around modern Indonesia (though the details vary by source). Spooky. ‘Ourang’ is Malay or Indonesian for ‘man’ or ‘person’, while Medan is an Indonesian city, so the game’s name is pretty much a straight translation of the ship’s. 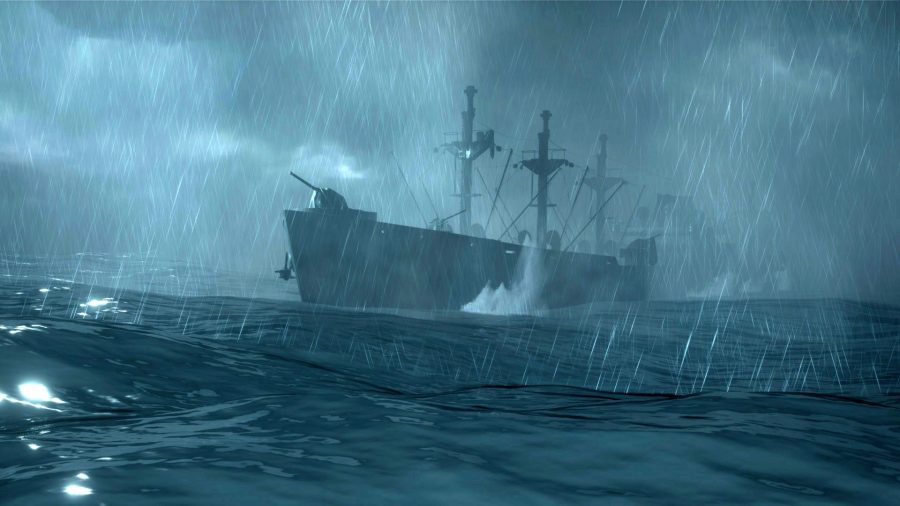 Enough about the story though, no spoilers here. Let’s talk about how Man of Medan was made, and the technical challenges of bringing a narrative-driven horror game to a multiplayer experience. Heaton says “multiplayer by itself is always a challenge, but maintaining a cinematic experience for both players added a new layer of complexity.

“Bringing multiplayer to a narrative game was certainly the largest gameplay challenge. Unreal comes with a flexible set of tools for handling the low-level communication between the two players. This freed us up to concentrate on the game logic challenges of having two players – who each have equivalent levels of control over the story – and ensure that they both have a coherent and enjoyable experience.”

Supermassive Games made Man of Medan in Unreal Engine 4, which gave the studio some of the tools and support it needed to make the game and then bring it to multiple platforms. “We wanted to make The Dark Pictures Anthology multiplatform. We think Unreal Engine 4 is the best engine for that. The series is being developed using a bespoke version of UE4, which is carefully tailored to our needs. It allows us to make a fantastic looking product across multiple platforms and we are really happy with the results.” 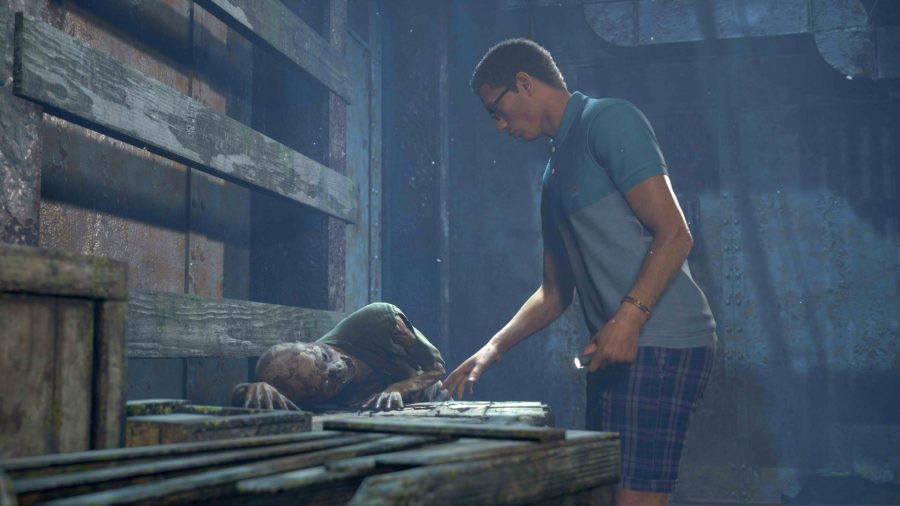 It certainly helped that Supermassive Games was familiar with the product. “The studio has had some experience with UE before. Scripting the gameplay quickly revealed the exponential complexity of visual scripting languages, and attempting to bring some order to this was the whole ethos behind our custom toolset.”

Specifically, Heaton tells us that the Slate framework aided the project. “Our entire toolchain is based on a custom editor running on top of Unreal’s Slate framework. This has a separate special version which we use to organise motion capture and voice recording shoot data. A special tool is required because of the sheer volume of data involved.”

Unreal’s Slate framework is a completely customisable user interface. It can be used to create in-game UI, but it’s mostly a fantastic way for developers to completely tailor the interface they’re using to make the game according to the needs of the project, just as Supermassive did. Custom tools can make all the difference when you need to use them every day. 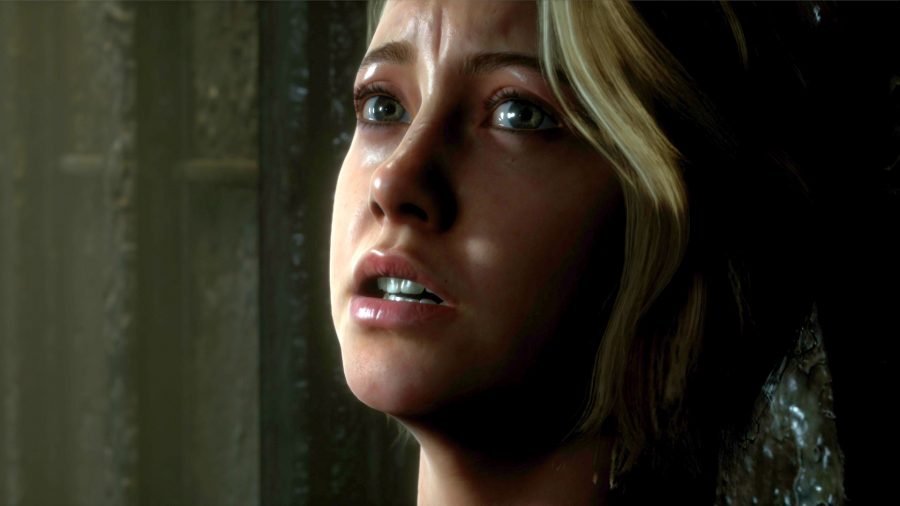 It’ll be cool to see the how Supermassive brings other horror genres to videogames when The Dark Pictures Anthology continues. Until then, we’re going to keep far away from any creepy looking ships because have you seen what might be in them? Tetanus at a minimum. Gross.

Man of Medan is out on Steam now (and discounted 40% as part of the winter sale). Unreal Engine 4 development is now free.

In this sponsored series, we’re looking at how game developers are taking advantage of Unreal Engine 4 to create a new generation of PC games. With thanks to Epic Games and Supermassive Games.