Supermassive Games changed how horror games were played with its PS4 slasher thriller Until Dawn. Coming out in 2015, it stripped back the murderous challenges of horror games and focused on decision making, a bit like a Telltale game – the choices you made determined whether the eight survivors died or not.

That made Until Dawn as fun to watch as it was to play, which made it a popular game to stream on Twitch, as the person playing could crowdsource the choices and get their entire audience invested in the lives of the characters.

This is why Supermassive’s new narrative-based horror game Man of Medan was met with such enthusiastic cheer when it was unveiled at Gamescom this year. It’s set on a haunted ship and is the first of four games in an anthology called The Dark Pictures. With this, Supermassive is looking to build upon the social element that made Until Dawn so popular, and take it further – this is slyly hinted at in the game’s tagline, ‘Don’t. Play. Alone’.

“We’d learned from Until Dawn,” game director Tom Heaton tells me. “We were really delighted that players were getting people around for a party atmosphere to play it as a group. We anticipated some of that, but the scale of it surprised us, so we’re looking to build on that.” This means incorporating features and rules to enable more of a party play for those who want it, though more on this will be announced at a later date. 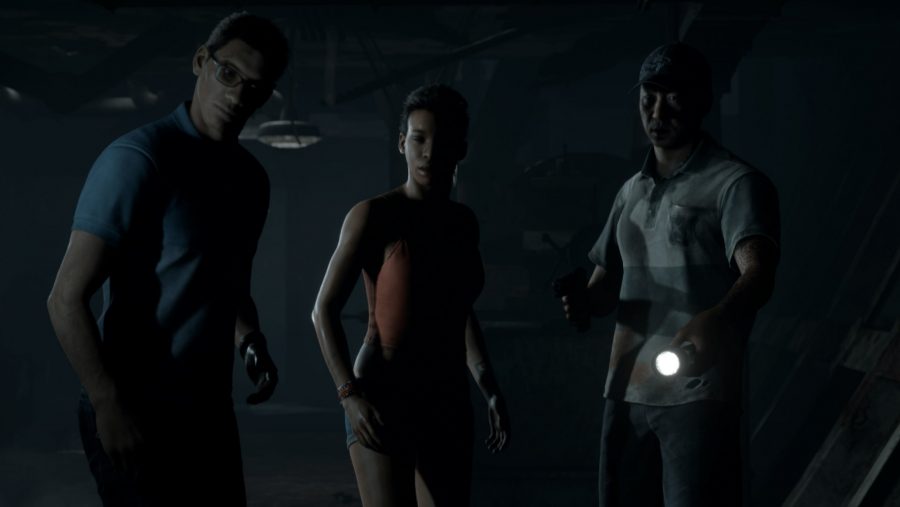 Choice is once again a key part of the narrative mechanics, and although Heaton believes Man of Medan has more branching paths than the team has previously done, these will strictly be binary choices. “We think they work better at putting the player on the spot,” he says. “We worked very hard to make sure those choices aren’t easy.”

Presenting only two options, rather than four, also works better in a social setting, according to Heaton. “We want people to have different opinions, it really clarifies things having two choices, so people can have a little argument in the time frame they’ve got.”

Given how a number of Supermassive’s games after Until Dawn were tied in with it – from VR haunted house shooter Until Dawn: Rush Of Blood to prequel The Inpatient – there’s a benefit to the studio going down the anthology route. “The games in The Dark Pictures are completely separate,” Heaton tells me. “There’s a brand new story, you’re not tied down by anything that’s gone before, we’re not paying service to previous characters, so it gives you more freedom.”

The four-game format has also allowed the team to avoid some limitations, opening up the opportunity to explore all manner of sub-genres within horror. “It got a bit intimidating,” Heaton admits. “So an anthology was a way to let us attack that, to look at those sub-genres, to understand them, and then subvert them, which is what we like to do.”

Fans of Until Dawn will know how that game begins as a teen slasher horror before transforming into something else. If it means we’ll be getting that four-fold, The Dark Pictures should be exactly what horror fans are waiting for – and this time, you won’t have to rely on Twitch to get the experience on PC.