Dark Souls III is a superb addition to From Software’s challenging series, fat with monstrously hard boss battles, a rich world ripe for exploration, and the ability to punch god-like beings in the face. But what about the PC version, specifically?

Want to find out how the game turned out? Check out our full Dark Souls 3 PC review.

We’ve got you covered, so read on to see if the PC port is the version to get.

Like its predecessors, Dark Souls III is a striking game that owes considerably more to its haunting art direction rather than graphical fidelity. It’s a journey through crumbling fortresses, sparkling, frost-covered palaces, stinking sewers and bone-filled catacombs, blessed with lots of places to stop for a moment and take a few screenshots.

The game’s singular style is generally strong enough to make it easy to ignore the occasionally ugly textures which, in rare cases, look so bad that they’d cause a raised eyebrow even five years ago. 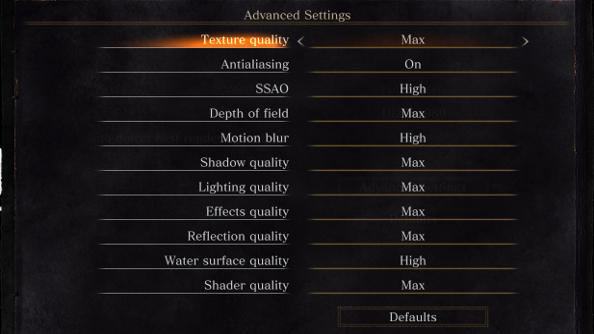 The first Dark Souls, I’m sure you’ll remember, was a disaster on PC, only supporting low resolutions and containing almost no PC graphics options. It was a complete mess. Dark Souls II was a marked improvement that contained nothing special but was great in comparison. It looks like From Software felt that was good enough, because the list of options remains largely the same in Dark Souls III.

In fact, Dark Souls III drops a couple of options like high quality character rendering and camera motion blur, while not offering any increased flexibility elsewhere. Yes, that means your only choice for anti-aliasing is on or off, lamentably. Aside from that, you’ve got your usual suspects like texture, shadow, lighting and effects quality, depth of field, motion blur and SSAO. Most are split up into four settings: low, medium, high and max, but some only go up to high. Four presets are also available. 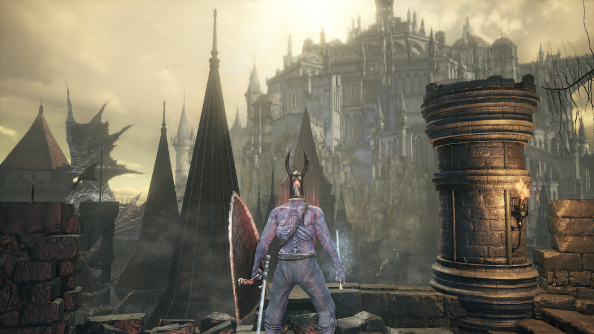 Here’s Dark Souls III with everything cranked up to the highest settings, apart from the dreaded motion blur, which is off. Looks quite nice, doesn’t it? Lovely towers, a big scaley dragon, nice stonework. Good job, castle builder.

Performance really depends on the area. In the area I took the screenshot, the High Wall of Lothric, it generally held steady at 60fps, with some dips to the high 50s, though there’s some unexpected stuttering which is rare but a bit annoying, and strikes no matter what area I’m in. Regardless of where I’m dying, however, it’s always above 50. Apart from one area: the swampy area near Farron Keep, where no matter what settings I use, the frame rate doesn’t go higher than the 40s. Even on low settings and with the latest patch. 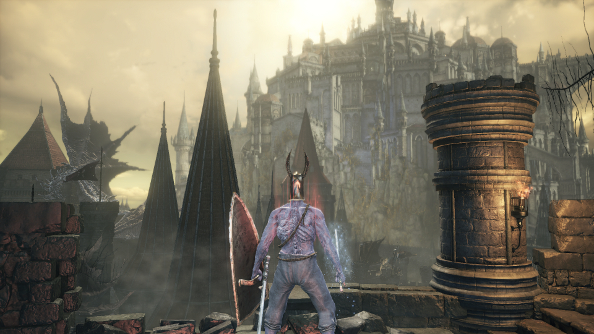 Honestly, there’s a difference. Look closely. You’ll hit yourself when you realise what it is. Yes! That’s right! With the settings reduced to high, the shadows are a little bit lighter! Right, so not much of a change.

Unfortunately, there’s not much change in the game’s performance, either. The frame rate is generally consistent with the maximum settings. Might as well use them then, right? 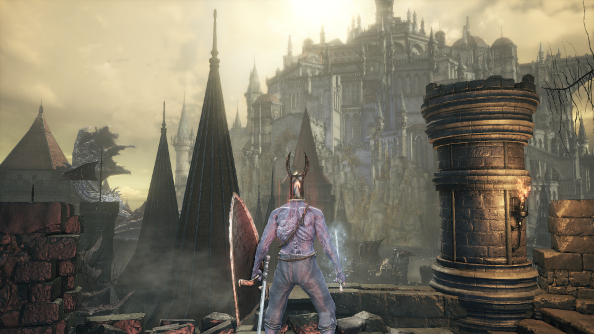 With the settings turned down to medium, there’s a more noticable difference, but not as much as you’d expect. Certainly, the world looks quite a bit flatter thanks to the reduction in shadow and lighting quality, but you really have to look hard to see it.

Surprisingly, there’s once again almost no change in the game’s performance. In areas where I wasn’t able to get a consistent frame rate of 60 before, it still fluctuates, though only between the high 50s and 60. 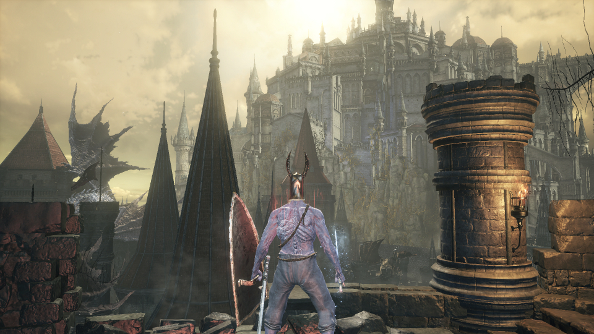 On the lowest settings, the reduction in quality is at its most obvious, but that’s really down to the lack of AA, which makes everything, especially monsters, a bit hideous, and not just because they are foul demons and rotting undead.

And once again, there’s very little performance gain. It’s very disappointing to see that even with everything turned down, it’s impossible to get a smooth 60fps everywhere, though it does stick to 60 in a lot of places. Really, though, it shouldn’t be dipping below it at all with these settings.

It’s all very strange. It seems like the settings change very little aside from lighting, and I honestly can’t tell the difference between the highest and lowest textures, which is probably why there’s very little performance gain. On my rig, which can run the game at the maximum settings with decent performance, it’s not a problem, but this does imply that if you struggle to run it at max, then you might struggle to run it period.

Dark Souls III isn’t a game that I think lends itself to using a mouse and keyboard, especially not with the added complexity of weapon skills that require even more button combinations. It’s a game designed with a controller in mind, and using my Xbox 360 pad, I had no issues whatsoever. And unlike a lot of ports, Dark Souls III actually allows you to rebind keys on both controllers and when using a mouse and keyboard. 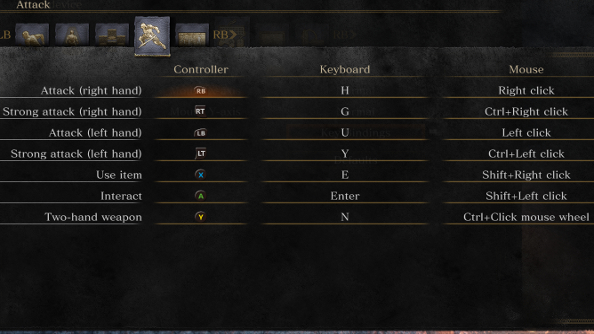 There’s limited but welcome HUD customisation, as well. If you want to give yourself an even greater challenge, you can turn the HUD off altogether, or you can switch it to auto, where it only appears when you’re fighting or selecting items using the d-pad. I really didn’t need the extra challenge, but being able to switch the HUD off certainly improved my screenshots.

Dark Souls III’s PC port is not great. At least not when it comes to graphics options and being able to squeeze some more frames out of the game. On consoles, it’s apparently even worse, with the frame rate being all over the place to the point where it can, unlike the PC version, negatively affect gameplay. So while there’s a huge amount of room for improvement, it still looks like we’ve got the best version.

The important thing, however – beyond the fact that it’s better on PC than on consoles – is that, aside from one small area, the frame rate never dipped below 50, and across the game as a whole, mostly stayed at around 60. It’s more than playable, but it’s still extremely disappointing. This is the fourth game From Software’s released on PC and the third Dark Souls game, so it really should be better than this.

Passed (but only just)