Holy shhhhmelter demon, Dark Souls is getting a comic book! With Titan Comics at the (Fang Boar) helm, it’ll be written by George Mann, drawn by DC’s Alan Quah, and will be with us on April 6 – just days before Dark Souls III’s April 12 release.

Dark Souls III is of course one of our upcoming PC games to watch out for.

As revealed by IGN, the comic won’t be an adaptation per se but will explore new stories set within the Lordran (and possibly Drangleic) universe. Number one will launch with five different covers, some of which include the work of artists Joshua Cassara and Marco Turini.

In a statement, George Mann expressed delight in being able to take on the Souls games in comic book form – a series he’s followed in the past. “I’m ‘dead’ excited to be working on this new series (see what I did, there),” says Mann. “Dark Souls has a rich, original universe that’s just begging to be explored in comics, and I’m honoured to have the opportunity to delve in and tell some new stories within it.

“I’ve been a fan of the games for some time, so it’s a real thrill to be able to contribute to the mythology of the Hollows and their world.” 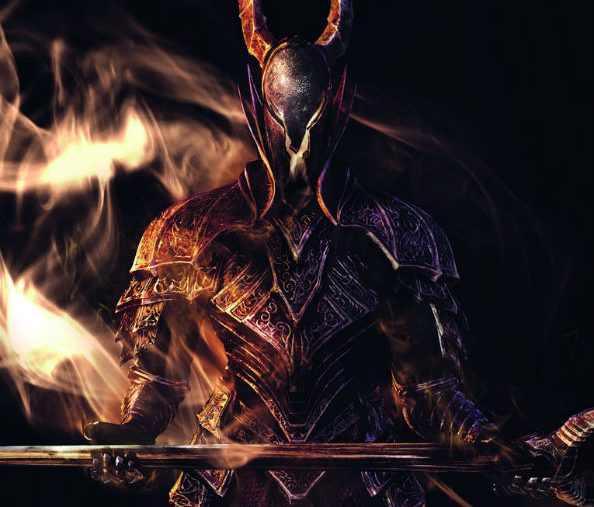