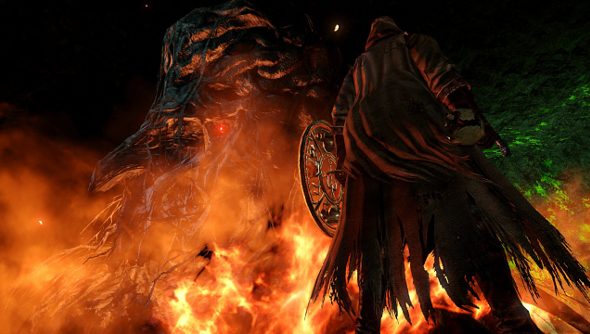 A lot of the changes coming in the patch, which is due to release on February 5th, deal with Dark Souls II’s online aspect.

There’s a new item, the Agape ring, and “souls collected from kills during online play will be absorbed by the ring rather than the player. This allows players to control their online matchmaking experience by limiting their total souls collected.”

Changes to the bonfire selection screen will highlight the top three areas where you’ll be able to find other players to connect with online.

Phantoms will be tweaked as well. White phantoms will stick around for a bit longer, and they’ll no longer be able to return to their own world if the timer runs out during a boss battle.

More generally, matchmaking will be improved, making it easier to play with other denizens of Drangleic.

Take a gander at the full patch notes on the next page.