Dark Souls 3 currently has the third biggest player count on Steam, beaten only by Valve’s own Counter-Strike: Global Offensive and Dota 2.

A few of the games in our list of PC’s best RPGs don’t have a patch on the Dark Souls series.

So Dark Souls 3 is in the lead by more than double its nearest competitor. FromSoftware’s business account probably isn’t hollow. 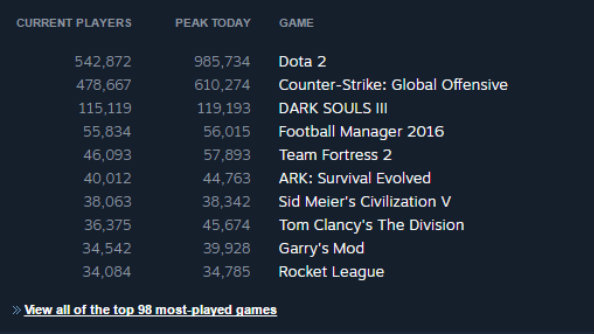 You wouldn’t think it from some of the elitists still floating about, but Dark Souls is finally mainstream.

If you haven’t already, read our Fraser’s brilliant Dark Souls 3 review and you’ll see why the spike in popularity is deserved.