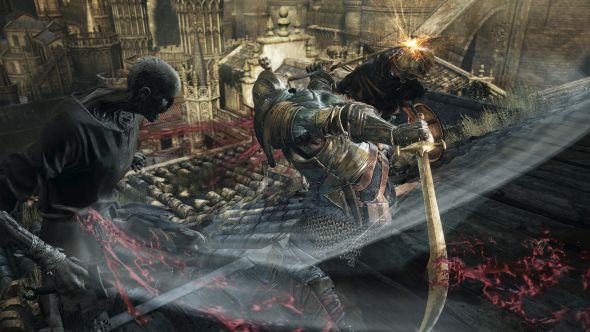 Dark Souls 3 just wrapped up with its final DLC, Ringed City, in which players must voyage to the end of the world, all while poking nasty things with sharp sticks. In the process, you have to try avoid being poked by sharp sticks, set alight, pushed into an abyss, killed by a trap, eaten by a treasure chest, or getting absolutely annihilated by these new floating angel gits. Business as usual, then.

For more swords and sorcery, check out our list of the best RPGs.

Patch 1.32 has just been released, and this one’s specifically for the final DLC, adding a host of tweaks. One of the highlights is a nerf to those angel plebs, whose volley of light arrows could end a careless player in a few seconds – these have now had a damage reduction.

If you fancy getting into the hardcore RPG, Dark Souls 3 is 50% off for a limited time.