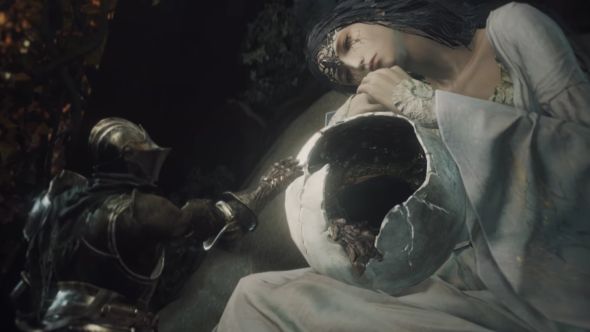 Dark Souls was originally going to be called Dark Ring, until localisation people pointed out the connotations of such a phrase here in the UK. Well, the ring is back, baby. Dark Souls 3’s final DLC takes us deep into the Ringed City.

In what could be the last piece of Dark Souls content ever, we’ll be spiralling down into the depths. On the way, we’ll encounter new friends, enemies, and things that make you want to lob your PC at a wall.

The Ringed City promises a challenge, new bosses, enemy types, locations, and even armour sets. Hopefully it sees the series off with a bang.

In the launch trailer above, Bandai Namco didn’t actually use any weirdly jarring music, for a change, either. It’s just lovely exposition, lovely scenery, and lovely demons clawing out your eyes.

Have a watch of the trailer embedded above, but be wary of spoilers. The Ringed City releases on March 28.