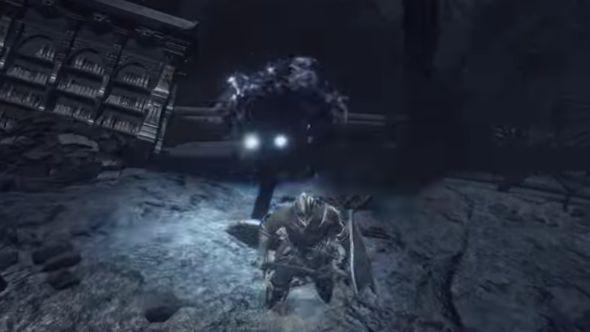 If you can’t wait until the end of March for a taste of what’s likely to be the last Dark Souls adventure for some time, four minutes of gameplay from Dark Souls III’s final DLC, The Ringed City, has just been uploaded to YouTube.

The original Dark Souls made our list of the best RPGs on PC.

If you’d prefer to go into the experience entirely fresh, by all means stay away, but there’s not a great deal here that’ll spoil the story.

It’s clear that we’ll begin the Ringed City DLC from the Kiln of the First Flame at the very end of the game, as many had guessed based on the announce trailer. Some of the early enemies resemble the humanity phantoms from Dark Souls’s Artorias of the Abyss DLC, while others seem to want to pull you into the earth itself, in keeping with some of the promo spiel.

There’s also a look at a mini-boss with a glowing darksign on its chest, a horde of phantasmal archers that we have no idea how you’ll get past, and another look at the greater bat wing demon boss. Depressingly, it looks like he’ll bring a friend to help out during the fight, like the Maneaters and the Gargoyles. Awesome.

Dark Souls III: The Ringed City is out on March 28.